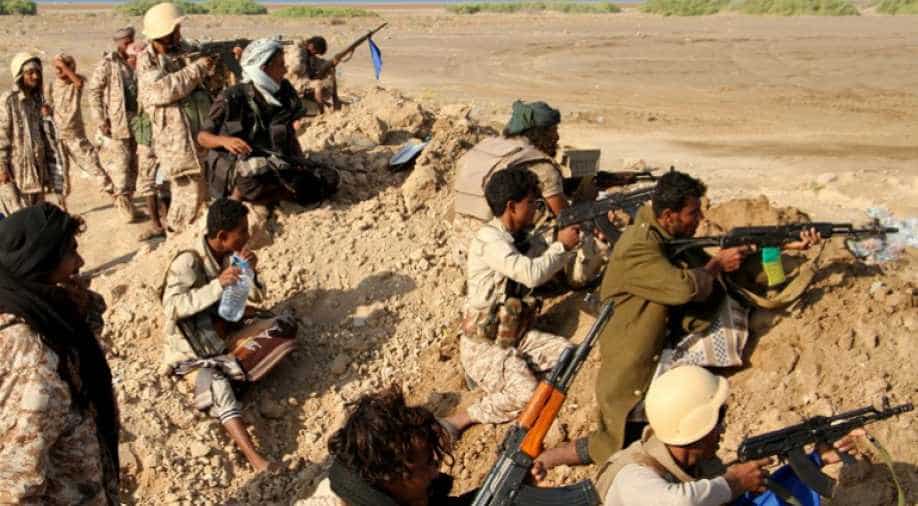 A Saudi-led coalition began a bombing campaign in March 2015 to push back Iran-backed Houthi rebels after they captured the capital Sanaa and other cities. Photograph:( AFP )

The United Nations aid chief warned that Yemen was sliding deeper into humanitarian crisis and could face famine this year.

The poor Arab country has been engulfed in war since a Saudi-led coalition launched a bombing campaign in March 2015 to push back Iran-backed Houthi rebels who had seized the capital Sanaa and other cities.

"The conflict in Yemen is now the primary driver of the largest food security emergency in the world," Stephen O'Brien, the UN Under-Secretary-General for Humanitarian Affairs, told the Security Council yesterday.

"If there is no immediate action, famine is now a possible scenario for 2017."

About 14 million people -- nearly 80 per cent of the entire Yemeni population -- are in need of food aid, half of whom are severely food insecure, O'Brien said.

The situation is particularly dire for children with some 2.2 million infants now suffering from acute malnourishment -- an increase of 53 per cent from late 2015.

"Overall, the plight of children remains grim: a child under the age of 10 dying every 10 minutes of preventable causes," O'Brien said.

The Saudi-led coalition's shutdown of the Sanaa airport has had a heavy toll on civilians because medicine cannot be flown in and Yemenis cannot receive treatment abroad.

O'Brien warned that Yemen could run out of wheat within months because foreign banks no longer accept financial transactions with many of the country's commercial banks.

The country is almost entirely dependent on imports, most of which transit through the Hudaydah port, which was bombed by the coalition in 2015.

O'Brien said the Saudi-led coalition had ordered a vessel carrying four mobile cranes for the port to leave Yemeni waters and it was now awaiting approval from Riyadh to deliver the new equipment.

The cranes will boost the port's capacity to handle humanitarian cargo.

The United Nations is calling for a ceasefire in Yemen to allow urgently needed deliveries of humanitarian aid and to resume political talks on ending the war.

About 10,000 civilians have died in the war, according to UN officials.