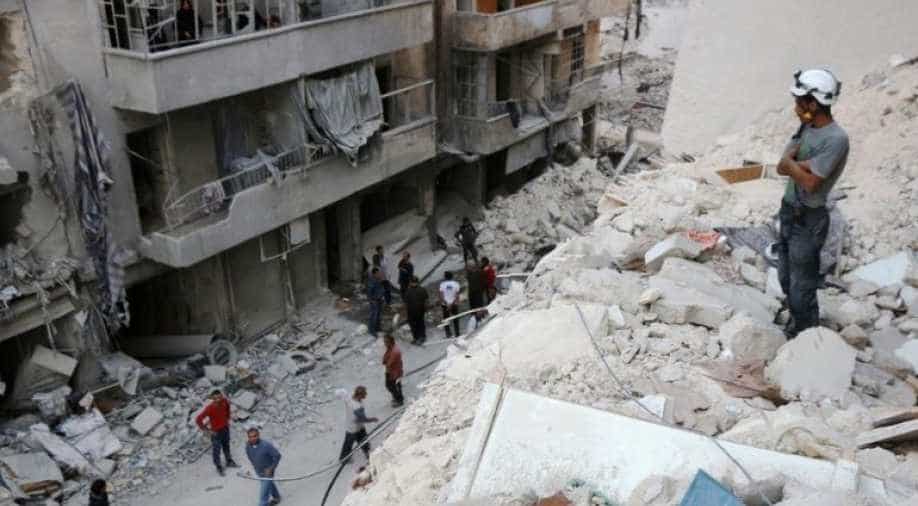 According to the UN official, around 12,700 people remain in the isolated Rukban camp near a base used by the US-led coalition fighting the Islamic State group.

The United Nations said Friday it will help evacuate civilians from an "abysmal" Syrian desert camp near the border with Jordan, after a mission last week determined who wanted to leave.

"We are ready to facilitate" evacuations from the Rukban camp, said Panos Moumtzis, the UN's Syria humanitarian chief.

"We want to make sure it happens voluntarily," he told AFP during an interview in Beirut, describing the situation in the settlement as "abysmal".

According to the UN official, around 12,700 people remain in the isolated Rukban camp near a base used by the US-led coalition fighting the Islamic State group.

The Syrian government and key backer Russia said in February they had opened corridors out of the camp, calling on residents to leave.

More than half of the original population has left in the past months, the United Nations says.

The UN and the Syrian Arab Red Crescent sent a mission to the camp last week to determine how many people remained inside and who wanted to leave, the UN official said.

"A little bit more than a third of them want to leave," Moumtzis said.

"The vast majority want to go into government-held areas and some others want to go to the north," held by the opposition, he added.

But the UN is not able to provide protection guarantees after civilians quit the camp, he said.

Some 47 per cent of surveyed camp residents said they wanted to stay, citing reasons including "security concerns" and "fear of detention".

Rights groups have warned that civilians returning to government-held territory have faced detention and conscription.

Those fleeing to the rebel-held north might face violence in the Idlib region, where Russian and regime bombardment has killed more than 950 people since April.

Although Rukban has not received aid since February, the latest UN mission did not deliver any relief items beyond "a minimal number of health supplies", Moumtzis said.

But last week's visit is only the first part of a "two-step" plan the second of which will involve aid delivery, according to the UN official.

"The next mission I hope very quickly will go back and deliver the desperately needed assistance," he said, without providing a specific date.

Conditions inside Rukban are dire, with many surviving on just one simple meal a day, often the bread and olive oil or yoghurt, according to one resident.