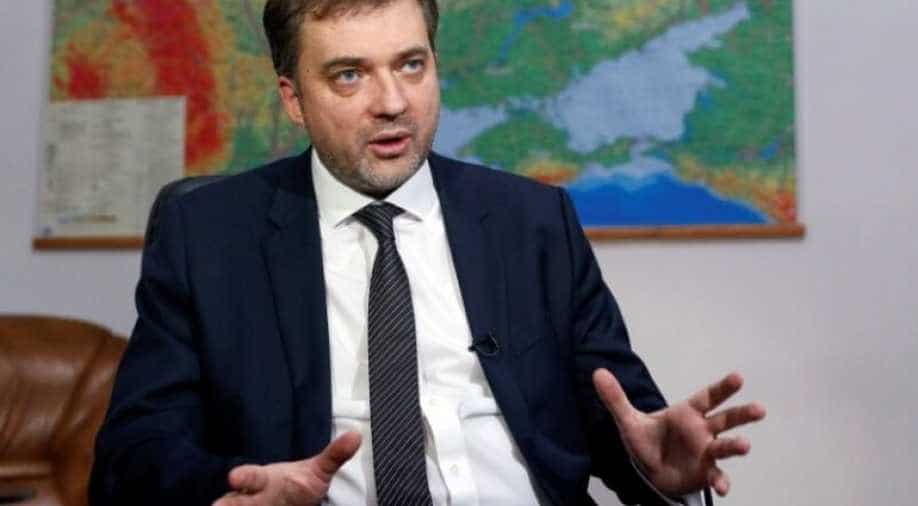 Ukraine expects the United States to maintain or even increase military aid to Kiev next year despite the issue being part of a political battle in Washington over the impeachment of President Donald Trump, Defence Minister Andriy Zahorodniuk told Reuters.

Trump is accused by his Democrat opponents of freezing nearly $400 million in security aid to Ukraine to pressure President Volodymyr Zelenskiy to open investigations into Trump's main rival for the 2020 presidential race.

The United States has been Ukraine's biggest benefactor since Moscow's annexation of Crimea in 2014 dragged relations between the West and Russia to their lowest point since the Cold War. It gave $1.5 billion in security aid between 2014-2019.

Trump withheld $391 million of congressionally approved security assistance to Ukraine in July but says there was no quid pro quo, a Latin phrase meaning a favour for a favour, attached to its release. The aid was unfrozen by September.

Ukraine used the aid to acquire hardware such as Javelin anti-tank missiles, grenade launchers, radars and night-vision goggles to fight Russian-backed forces in a conflict in the Donbass region that has killed more than 13,000 people since 2014.

Zahorodniuk said the short duration of the aid freeze meant it had no material impact. He told Reuters in an interview Ukraine expected the same amount of aid, "if not larger" in 2020, and plans to acquire more Javelin missiles.

"There is a general common opinion in both the government and Congress that it should be ramped up," he said, citing what he said was Washington's positive view of Zelenskiy's reform push.

"We do feel support and it's there. It's 100 per cent," he said, when asked if Ukraine still feels it can rely on continued US aid.

Ukraine received two Island-class patrol boats from the United States to bolster its presence in the Black Sea this year, and Zahorodniuk expects three more in 2020.

"I also have to say that this aid has a symbolic meaning. It's not just the money and it's not about the equipment," Zahorodniuk said.

"It's also about the ... show of support from the international community to Ukraine. And that actually has probably for the general population even more meaning than the equipment itself."

The impeachment enquiry into Trump has been an unwelcome distraction for Zelenskiy, who came to power in April promising to fight corruption and a peaceful end to the Donbass conflict.

Under Zelenskiy's predecessor, Zahorodniuk headed an office under the defence ministry focused on reform but quit in 2017 in frustration at the slow pace of change.

Having rejoined as minister under Zelenskiy, Zahorodniuk wants to make defence procurement more transparent and investigate corruption in the armed forces.

Much of what the military buys is a state secret, making it easier for officials to inflate costs or swing deals towards favoured parties.

The government aims to pass legislation as early as this year to throw open tenders to wider scrutiny and wants to create a separate procurement agency inside the defence ministry similar to a British model, the minister said.