Turkey looks forward to improving ties with US during Trump presidency 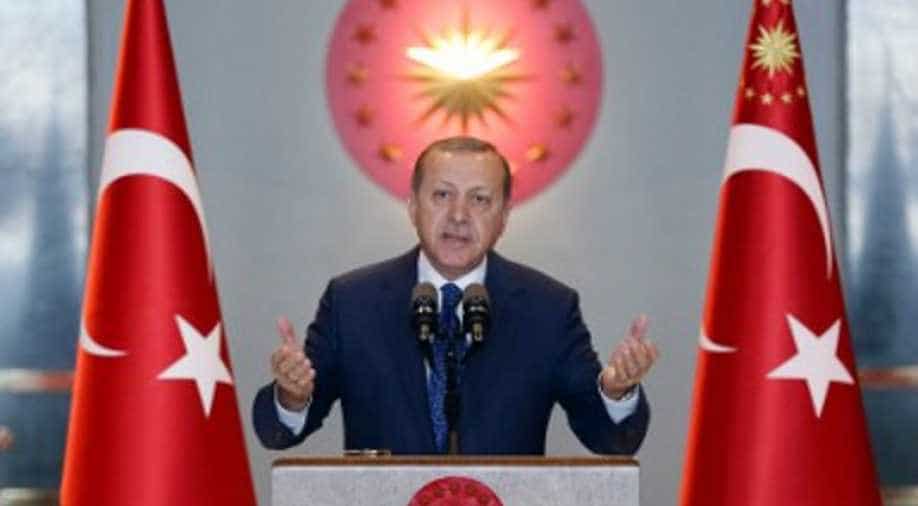 He hoped of reaching a consensus on regional issues after Trump takes over as the president.

"I believe we will accelerate dialogue when Mr Trump takes office. I believe we will reach a consensus with Mr Trump, particularly on regional issues," Erdogan told Turkish ambassadors gathered in Ankara for an annual conference, Reuters reported.

Turkey is a key NATO ally crucial to the US-led campaign against Islamic State in Syria and Iraq.

Relations between the US and the Turkey have been strained after a failed coup attempt last year sought to overthrow the Turkish president.

Erdogan blames the failed coup attempt on Islamic cleric Fethullah Gulen who lives in self-imposed exile in Pennsylvania in US.

Turkey wants US to extradite Gulen.

Another important issue that has created a rift between the two allies is US support for the YPG militia, a Syrian Kurdish group that is fighting the Islamic State.

Turkey sees the group as an extension of the PKK, which is behind a string of terror attacks in Turkey and seeks to achieve its goal of Kurdish autonomy.

Trump's policy on the Syrian Kurdish YPG militia is unclear.

Trump, however, has clearly outlined that his priority is to fight the Islamic State and not to force Assad out of power, something that Turkey has long desired.