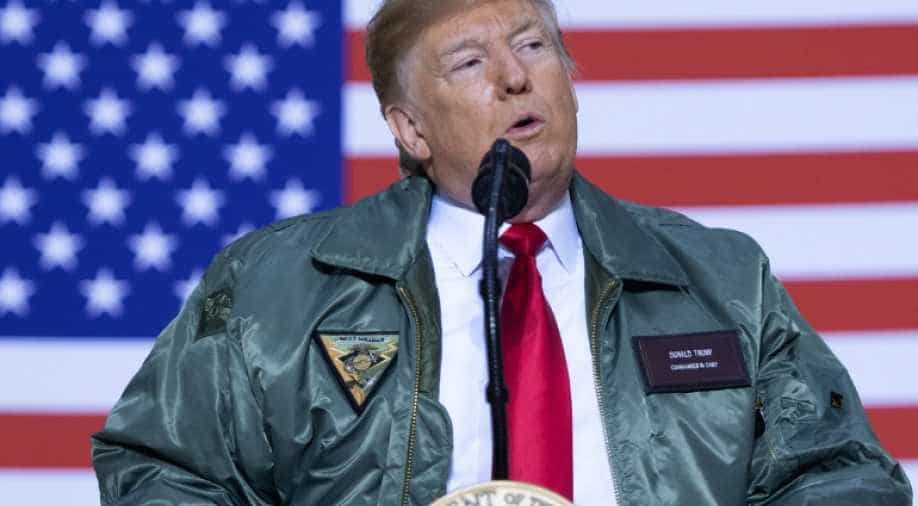 Trump and his wife Melania on Wednesday made a surprise visit to US troops deployed in Iraq, the first time the president has visited soldiers stationed abroad.

President Donald Trump could not meet with Iraqi Prime Minister Adel Abdelmahdi on his recent surprise trip to the Middle Eastern country because for "security reasons" the premier was only informed of the president's visit two hours earlier, the White House said Thursday.

In remarks to reporters who traveled with the US president, White House Press Secretary Sarah Huckabee Sanders said that for "security reasons" the White House could only invite the Iraqi premier to meet with Trump two hours prior to the time that could be scheduled for the meeting.

Abdelmahdi was elsewhere in Iraq and could not rearrange his schedule to meet with Trump on such short notice, Sanders said.

Given the US announcement, the Iraqi premier's press office issued a statement saying that the meeting could not be arranged due to a lack of agreement regarding how to conduct it and so the two leaders spoke on the phone instead.

During that telephone conversation, Trump invited Abdelmahdi to visit the White House and the prime minister accepted, Sanders said.

In addition, she said that US Secretary of State Mike Pompeo will meet with Abdelmahdi in Baghdad on January 11.

Trump and his wife Melania on Wednesday made a surprise visit to US troops deployed in Iraq, the first time the president has visited soldiers stationed abroad.

The first couple visited the US Ain al Asad base in Iraq's western Al Anbar province, and on their return to Washington aboard Air Force One they stopped in Germany to spend 45 minutes with US soldiers at the Ramstein military base.

Last week, Trump announced that he was withdrawing from Syria all 2,000 US troops stationed there to fight the Islamic State as part of an international coalition.

According to local media, the president also ordered the withdrawal of 7,000 of the 14,000 US troops stationed in Afghanistan, although this has not been officially confirmed.

The Pentagon has about 5,200 soldiers deployed in Iraq as part of the coalition fighting the IS.

Last week, Pompeo assured Abdelmahdi that the US remains committed to the "sovereignty and territorial integrity" of Iraq and promised that the international coalition will continue working closely with the Iraqi military to destroy the remnants of the Islamic State.