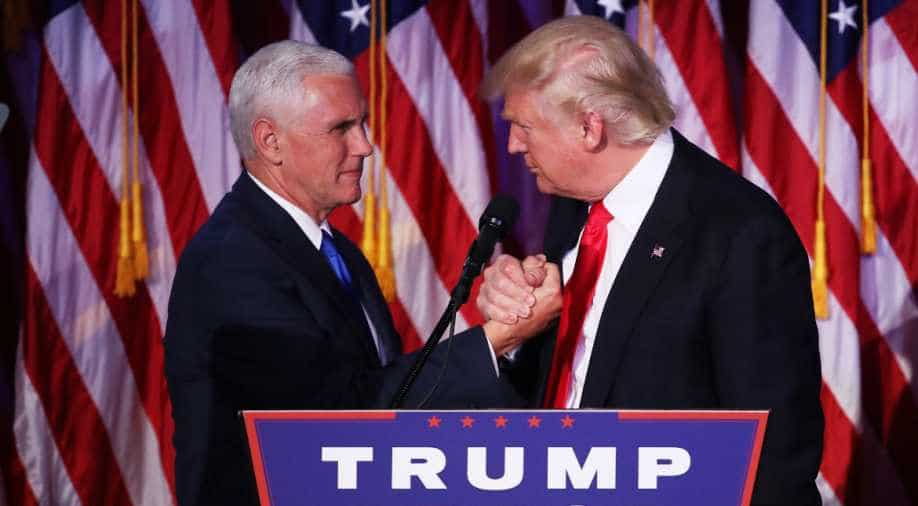 Mike Pence will begin weighing in candidates and the transition will be overseen by Trump's three children and son-in-law Jared Kushner. Photograph:( Getty )

US President-elect Donald Trump put Mike Pence in charge of White House transition team along with three of his five children and son-in-law.

Christie will continue as vice chair of the transition effort and was left out as he copes with the 'Bridgegate' lane closure scandal.

The announcement was made after a meeting at Trump Tower in New York City as Trump's aides begin the process of selecting candidates for some of the 4,000 jobs.

Trump's eldest daughter Ivanka and her husband Jared Kushner, along with sons Eric and Donald Jr. will look into the transition process while managing his business empire.

The business mogul's company said this will not breach conflict-of-interest laws.

Rudy Giuliani, former New York mayor is now a favourite for the position of Attorney General, which Christie was earlier considered for.

Giuliani said he was happy to advise Trump but did not comment if he would take the position.

"I can see already how he is going to be a great president and I'm glad I could play a small role in it," he said.

According to Trump aides, Reince Priebus, Republican National Committee chairman and Steve Bannon, the campaign's CEO are the top contenders for White House chief of staff.

Trump does not have a lot of options, as many Republicans fiercely opposed and condemned his policies and comments.

He will most likely choose his strongest supporters for the important positions and according to campaign sources, Alabama senator, Jeff Sessions could be considered for defense secretary, Newt Gingrich as secretary of state and retired General Michael Flynn as national security adviser.