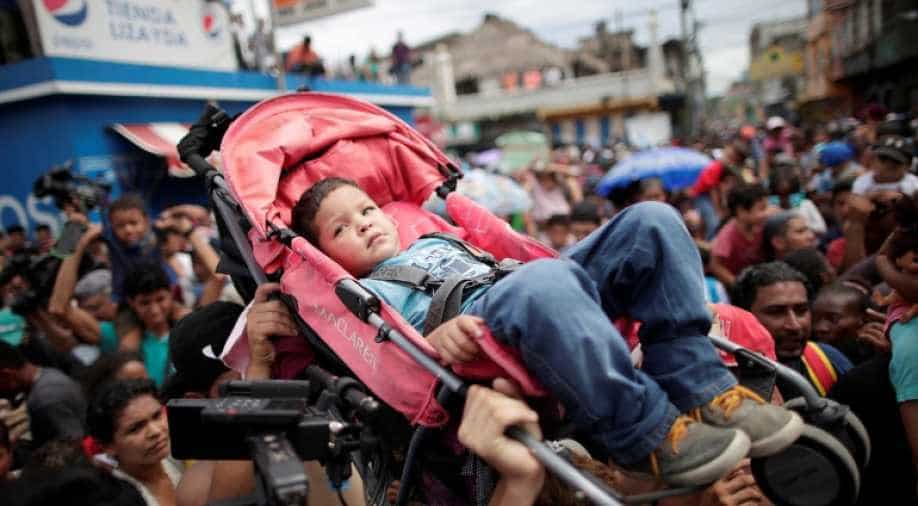 The regulations released on Thursday, in conjunction with an order expected to be signed by President Donald Trump, would effectively ban migrants who cross the US border with Mexico illegally from qualifying for asylum.

Immigrant advocates denounced the move, saying it violated existing US law that allows people fleeing persecution and violence in their home countries to apply for asylum regardless of whether they enter illegally or not.

The regulations released on Thursday, in conjunction with an order expected to be signed by President Donald Trump, would effectively ban migrants who cross the US border with Mexico illegally from qualifying for asylum.

Once the plan goes into full effect, migrants entering at the US southern border would only be eligible for asylum if they report at official ports of entry, officials said.

"What we are attempting to do is trying to funnel ... asylum claims through the ports of entry where we are better resourced, have better capabilities and better manpower and staffing to actually handle those claims in an expeditious and efficient manner," a senior administration official told reporters in a news briefing on Thursday, on condition of anonymity.

The Trump administration has already made it more difficult for migrants to qualify for asylum in the United States. Administration officials have said existing US asylum rules encourage illegal immigration and bog down legitimate claims.

In June, then-Attorney General Jeff Sessions issued an appellate decision that sharply narrowed the circumstances under which immigrants can use violence at home as grounds for US asylum.

Sessions, who resigned at Trump`s request this week, also instructed immigration judges and asylum officers to view illegal border-crossing as a "serious adverse factor" in deciding a case and to consider whether applicants could have escaped danger by relocating within their own countries.

Trump made his hard-line policies toward immigration a key issue ahead of Tuesday`s midterm elections, sending thousands of US troops to help secure the southern border and repeatedly drawing attention to a caravan of Central American migrants trekking through Mexico toward the United States.

Currently, US asylum rules do not bar people who enter the country without authorization, and the Immigration and Nationality Act, which governs the US immigration system, specifically allows people who arrive in the United States, whether or not they do so at a designated port of entry, to apply for asylum.

The administration`s plan, which invokes the same authority Trump used to justify his travel ban on citizens of several Muslim-majority nations, is likely to be quickly challenged in court.

The move would largely affect migrants from Central America`s Northern Triangle - Guatemala, Honduras and El Salvador - who cross the US border with Mexico to flee violence and poverty in their home countries.

"The vast majority of aliens who enter illegally today come from the Northern Triangle countries," the regulation`s text says. "Channelling those aliens to ports of entry would encourage these aliens to first avail themselves of offers of asylum from Mexico."

Immigrant advocates denounced the administration`s move as unlawful, and said the plan to funnel migrants to ports of entry was just a way to cut asylum claims overall.

"Congress has directly spoken to this question as to whether individuals can be rendered ineligible for asylum if they cross between ports of entry and has specifically said people are eligible regardless of where they cross," said Lee Gelernt, an attorney with the American Civil Liberties Union.

"Ports of entry ... are overcrowded," said Jonathan Ryan, executive director of RAICES, a Texas-based immigrant defence group. "Asylum-seekers have been left to camp out for days and weeks on bridges at the border, when they should be guaranteed a right to enter the country for a fair hearing."