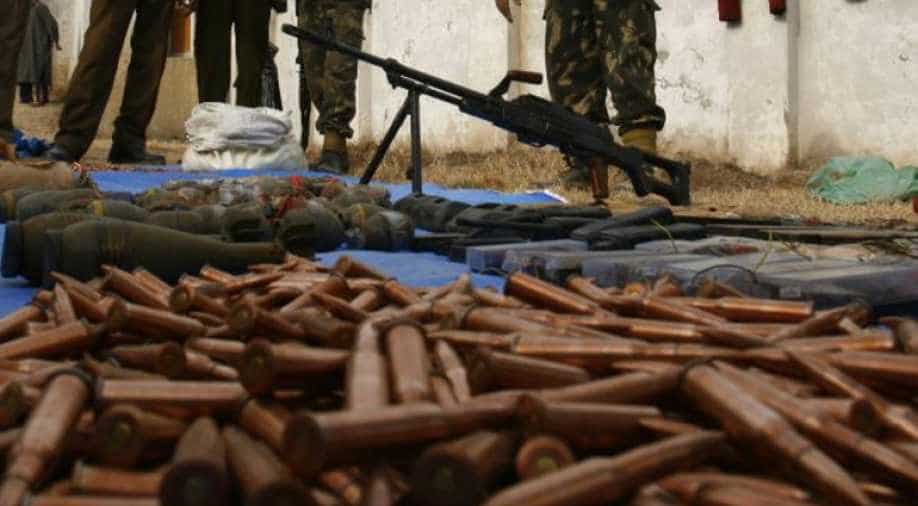 Greek police stated two men, a 41 and a 45-year-old, and a 39-year-old woman, allegedly implicated in terrorism, were arrested during a "wide operation" launched in Athens on Friday. They added a 46-year-old man remained at large.

The 41-year-old man arrested was also detained in 2010 accused of being a member of far-left group Revolutionary Struggle (EA), behind a series of "anti-capitalist" attacks.

The Citizen Protection Ministry said one of the assault rifles found during the raids was used in an October robbery in a betting shop in the northern suburb of Cholargos.

Another AK-47 was used in multiple attacks carried out by the 'Organisation of Revolutionary Self-Defense' group against PASOK socialist party headquarters in Athens, as well as against the Mexican embassy in Athens in 2016.

The group also claimed responsibility for a grenade attack on the French Embassy in Athens in 2016.

"Let me repeat, for one more time, our commitment to put a definitive and irreversible end to the problem of domestic terrorism", he added.

A top police official told AFP the operation could be compared to the arrests in 2010 of Revolutionary Struggle leaders Paula Roupa and Nikos Maziotis.

Their group, which first emerged in 2003, was once deemed by authorities to be the country's most dangerous far-left organisation.

The United States put a bounty on the group after it fired a rocket at the US embassy in Athens in 2007, though nobody was injured.

In 2014, the group also exploded a booby-trapped car outside a Bank of Greece office in central Athens as the country prepared to make a highly symbolic debt sale. Again, no-one was hurt.