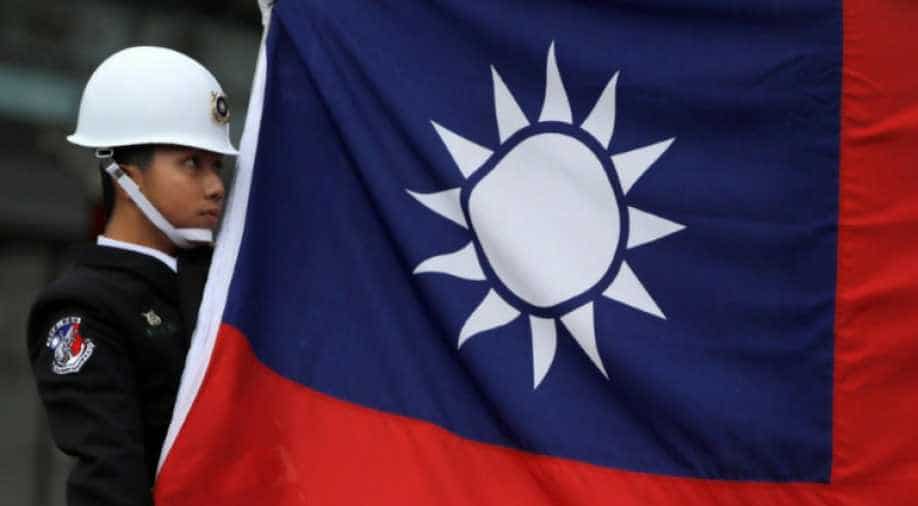 The original landmark court decision in May 2017 made Taiwan the first place in Asia to legalise same-sex marriage -– it ruled the change must be implemented within two years and sparked a wave of optimism in the LGBT community.

After more than three decades together, Wang Tien-ming and Ho Hsiang finally decided to tie the knot when Taiwan's top court ruled last year that same-sex marriage must be legalised.

But those wedding plans are on hold after conservative groups won a referendum battle over equal marriage which couples fear could water down their newly won rights.

The original landmark court decision in May 2017 made Taiwan the first place in Asia to legalise same-sex marriage -– it ruled the change must be implemented within two years and sparked a wave of optimism in the LGBT community.

But almost 18 months have already passed as the government drags its feet in the face of conservative opposition.

A referendum on whether marriage should only be recognised as between a man and a woman in Taiwan's Civil Code won more than seven million votes Saturday, as did another calling for same-sex unions to be regulated under a separate law.

Gay rights activists had proposed that the Civil Code should give same-sex couples equal marriage rights, but only garnered three million votes.
Ho said that after the original court ruling he believed he and Wang would be granted rights given to heterosexual married partners, including recognition as next of kin.

This made the couple think they could at last buy a house together, Wang told AFP, assured that if one of them died the other would inherit.

Wang, 57, is also the main carer for Ho, 75, who suffers from Parkinson's disease. He describes their relationship as "love at first sight".

"I want to get married because I want to say to the world: 'I don't want to be deprived of what is my basic right'," Wang said.

Although the government has made clear the referendum results would not impact the court's original decision to legalise gay marriage, which should automatically be implemented next May, pro-gay marriage campaigners worry that their newly won rights will be weakened.

The court did not specify how it wanted gay marriage to be brought in, leaving room for conservative groups to call for separate regulations.

As Saturday's conservative referendums passed the threshold of 25 per cent of eligible voters, the government must by law take steps to reflect the result.
Ho said he would not accept anything less than the amendment of the existing marriage law as laid out in the Civil Code to put gay couples on an equal footing with heterosexual couples.

"Having a special marriage law (for gay couples) means we are like second class citizens," he told AFP, adding that having a two-tier system would dent Taiwan's reputation as a trailblazer for equal marriage rights on the international stage.

"The Taiwanese value equality and freedom. If the gay community is been treated like second class citizens, where's the equality? This is our soft power," he said.

Taiwan's government has not yet responded to the referendum result and what impact it will have.

Kuo Huai-wen and her partner of 13 years had also been hoping to marry on the first day that the court's decision was implemented -- a day that is yet to come.

Kuo, 40, said she was "saddened and disappointed" over the referendum result, but still felt encouraged that three million people had backed the pro-gay marriage vote.

Kuo is pregnant with the couple's second child and said they would be forced to accept a union under a separate law for the sake of their children, even though they do not agree with it and want equal marriage rights.

"We have to be practical as we have kids and we can't afford to have all or nothing," said Kuo.

"We will register even if it's under a separate law, not because we are satisfied with that but because we need immediate protections."