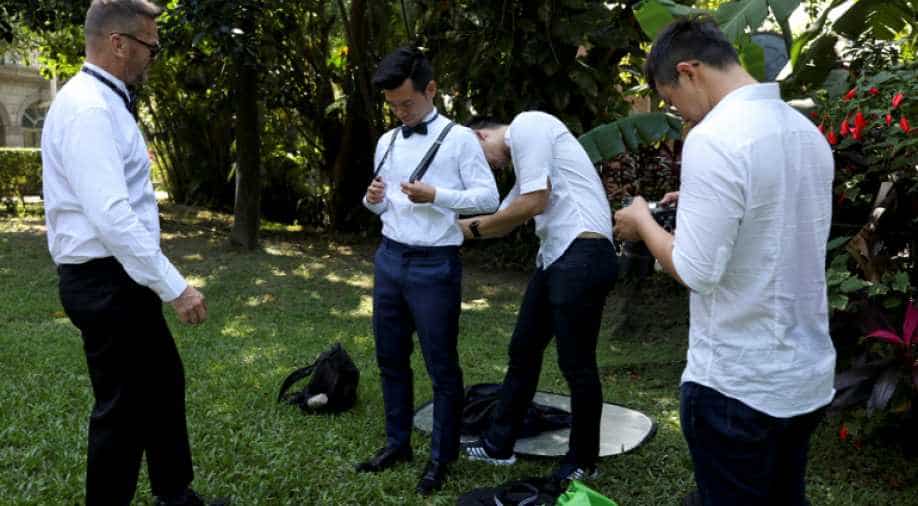 A referendum proposing that marriage should be legally recognised as between a man and a woman garnered more than six million votes, far outweighing public support for a referendum backing equal marriage rights.

Voters in Taiwan backed anti-gay marriage referendums Saturday in what LGBT activists said was a major blow to the island's reputation as a rights trailblazer.

Taiwan's top court legalised same-sex marriage in May 2017, the first place in Asia to do so, and ruled that it must be brought in within two years, but the government has made little progress in the face of opposition from conservative groups.

A referendum on whether marriage should only be recognised as between a man and a woman in Taiwan's Civil Code won more than seven million votes, while another calling for same-sex unions to be regulated under a separate law gained over six million.

Gay rights activists had proposed that the Civil Code should give same-sex couples equal marriage rights, but only garnered three million votes.

"Pro-family" group the Coalition for the Happiness of our Next Generation said the win was a "victory of all people who treasure family values".

The conservative group also beat gay rights activists on competing for referendums about whether LGBT issues should be compulsory on the school curriculum.

"Everyone used every single 'yes' vote to tell the authorities what are the mainstream public opinions," the coalition said.

Jennifer Lu, a spokeswoman for Marriage Equality Coalition Taiwan, said they were saddened by what she described as the "absurd referendums" and blamed government "incompetence" for allowing the anti-gay marriage votes to go ahead.

"The regression of gender equality... deals the most severe blow to Taiwan's democratic values," she added.

Although the government has made clear the referendum results will not impact the court's original decision to legalise gay marriage, pro-gay campaigners worry that their newly won rights will be weakened.

The court did not specify how it wanted gay marriage to be implemented, leaving room for conservative groups to call for separate regulations.

With all three conservative referendums passing the threshold of 25 per cent of eligible voters, under referendum law the government must take steps to reflect the result.

Ahead of the vote, Amnesty International had urged the government not to "water down" same-sex marriage proposals in the face of a conservative win.