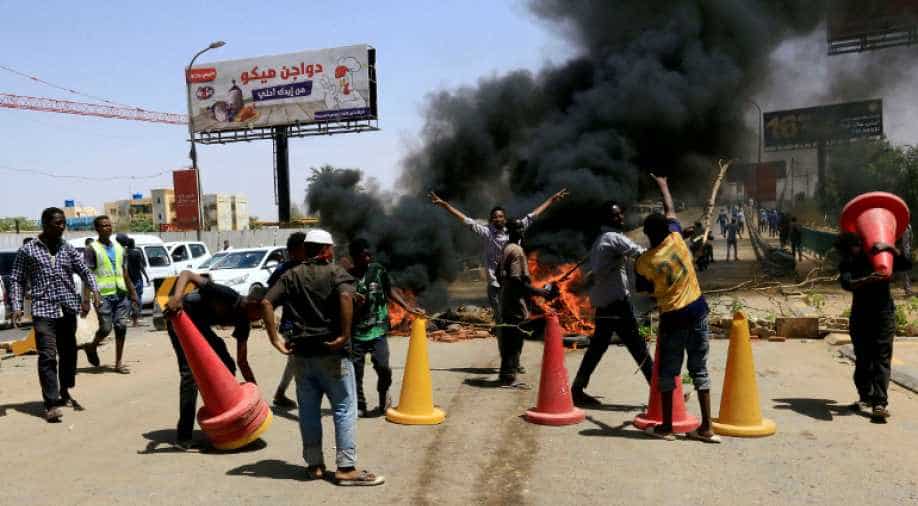 Lieutenant General Shams El-Din Kabbashi said the governor of North Kordofan state and its security council would also be held accountable for the killing of six people.

Sudan's military council spokesman said on Friday that nine soldiers from the Rapid Support Forces (RSF), the country's most powerful paramilitary group, have been dismissed and detained in connection with the killing of protestors this week.

Lieutenant General Shams El-Din Kabbashi added that the governor of North Kordofan state and its security council would also be held accountable for the killing of six people, including four schoolchildren, in the state capital El-Obeid on Monday.

Formerly known as the Janjaweed, the RSF fighters armed with assault rifles, machine guns mounted on trucks and rocket-propelled grenades are widely feared. They were hardened by the war in Darfur against rebels who rose up against the government.

Opposition groups have accused the RSF, led by the deputy head of Sudan's Transitional Military Council, of killing scores of protesters demanding a return to civilian rule since President Omar al-Bashir was ousted in April.

The RSF's commander, General Mohamed Hamdan Dagalo, known as Hemedti, has previously denied these claims and blamed "infiltrators" instead.

The main opposition coalition, the Forces of Freedom and Change (FFC), welcomed the action against the RSF members, saying it would prevent further violence.

Hundreds of thousands of Sudanese took to the streets on Thursday in response to the killings in El-Obeid, and opposition medics said four more protesters were killed and many injured by gunfire in Omdurman. Kabbashi said authorities were pursuing those suspected of involvement in the deaths in Omdurman.

His remarks came at a press conference after a night of negotiations with opposition groups over a constitutional declaration, a document that would pave the way for a transitional government.

The two sides had signed a political deal in July setting a three-year transition period and a joint sovereign council. Talks over the constitutional declaration were called into question by the violence this week before being reconvened.

"The agreement is really now just around the corner," Satea al-Hajj of the FFC said on Thursday as talks got underway.

African Union mediator for Sudan Mohamed Hassan Lebatt told the Friday news conference that talks were set to continue in the evening.