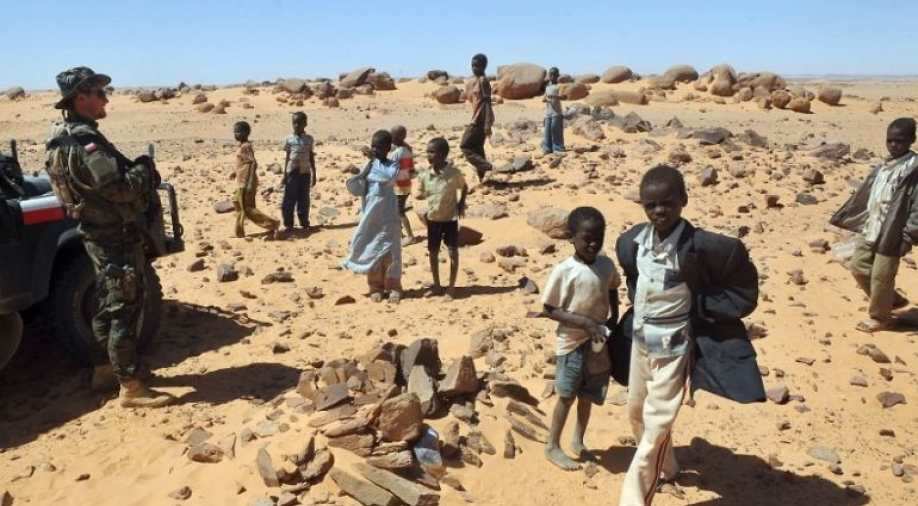 Gunfire rang out as teenagers rallied against fuel and bread shortages in the capital of North Kordofan state, residents said, at a time of heightened tension between opposition campaigners and Sudan's military rulers

At least four school children and one adult were shot dead when security forces broke up a student protest in the Sudanese city of El-Obeid on Monday, campaigners said.

Gunfire rang out as teenagers rallied against fuel and bread shortages in the capital of North Kordofan state, residents said, at a time of heightened tension between opposition campaigners and Sudan's military rulers.

The Forces of Freedom and Change coalition of opposition groups accused military and paramilitary forces of opening fire on the high school pupils and called for nationwide protests in response.

There was no immediate statement from Sudan's ruling military council.

The governor of North Kordofan, General Al-Sadiq al-Tayeb Abdallah, said that three high school students and two other citizens died when "infiltrators" diverted a peaceful demonstration from its course and attacked a bank branch and tried to attack another, state news agency SUNA reported.

He did not say how the victims died but added that a committee was set up to investigate.

A building belonging to the Bank of Khartoum was set on fire during the unrest in El-Obeid, 400 km (250 miles) southwest of the capital Khartoum, residents told Reuters.

Videos circulating on social media purported to show pupils protesting outside El-Obeid's main hospital against the killings and injuries.

Hundreds of teenagers in uniform chanted "blood for blood, we will not accept blood money" in the footage. Reuters could not immediately verify the authenticity of the videos.

A member of a professional body of pharmacists linked to the opposition captured a video and photographs that he said showed a corpse and several wounded young men inside El-Obeid Teaching Hospital.

The military ended the 30-year rule of President Omar al-Bashir in April as protests persisted. But activists kept up their demonstrations, pressing for the military to speed up the move to civilian rule and calling for justice for people killed during a raid on a sit-in protest in Khartoum in June.

The Forces of Freedom and Change coalition called for Monday's attackers in El-Obeid to be held accountable and for the ruling military council to immediately agree the details of a new transitional authority.

"Forces belonging to the army and Rapid Support (paramilitary force) indiscriminately and violently fired this afternoon at peaceful demonstrations of secondary school students in El-Obeid," the coalition said in a statement.

"Only a civilian authority is capable of carrying out independent investigations into all crimes,” it added.

Sudan's state news agency SUNA said that North Kordofan authorities had closed all schools across the state until further notice and described the events as "regrettable".

El-Obeid residents said a funeral would be held on Tuesday for those killed.

In Khartoum, a Reuters witness said dozens of protesters took to the streets in several neighbourhoods after hearing about the El-Obeid violence.

The head of an official Sudanese investigation said on Saturday 87 people were killed when security forces broke up a sit-in protest in Khartoum on June 3, a figure that prompted demonstrations across the capital as opponents of Sudan's military rulers dismissed it as far too low.

Ibrahim was among several judicial officials who were sacked by the military council head in April after Bashir's ouster.