Spanish police arrest 3 suspected extremists, all with links to IS 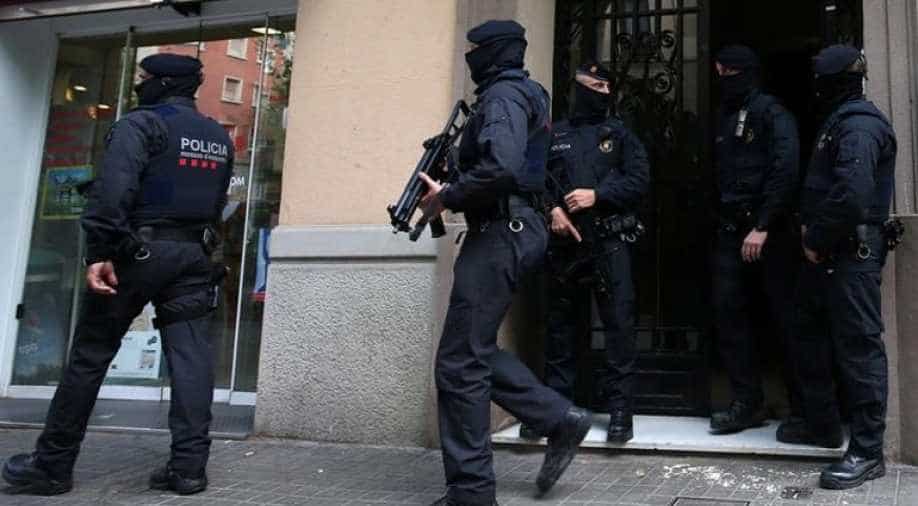 Two of the men allegedly intended to travel to conflicts zones in Syria and Iraq. The third belonged to an IS-affiliated group. (Representative image) Photograph:( Reuters )

A counter-terror operation conducted jointly by Spain and Morocco has led to the arrest of two suspected extremists in the Spanish region of Catalonia and another in the Moroccan city of Tangiers, the interior ministry said Monday.

In Spain, a 21-year-old man was arrested in Barcelona while a 32-year-old male was detained 100 kilometers (62 miles) down the coast in Tarragona; both allegedly intended to travel to conflicts zones in Syria and Iraq and had expressed a willingness to die fighting for the Islamic State terror organization.

The duo, both Moroccan nationals, are suspected of having maintained contact with IS members already fighting in the war-torn areas of the Middle East and had worked on behalf of the terror organization in Spain by spreading propaganda and trying to recruit people online and in person.

A third suspect, detained in the northern Moroccan city of Tangiers, allegedly belonged to an IS-affiliated group.

The operation was conducted by Spain's National Police in conjunction with Moroccan counter-terror units and the regional police forces in Barcelona and Tarragona.

It formed part of a wider operation launched in Oct. 2015.

Since the government raised the nation's terror alert status to the second-highest level (4) in June 2015, Spanish security agents have arrested 162 suspected extremists.