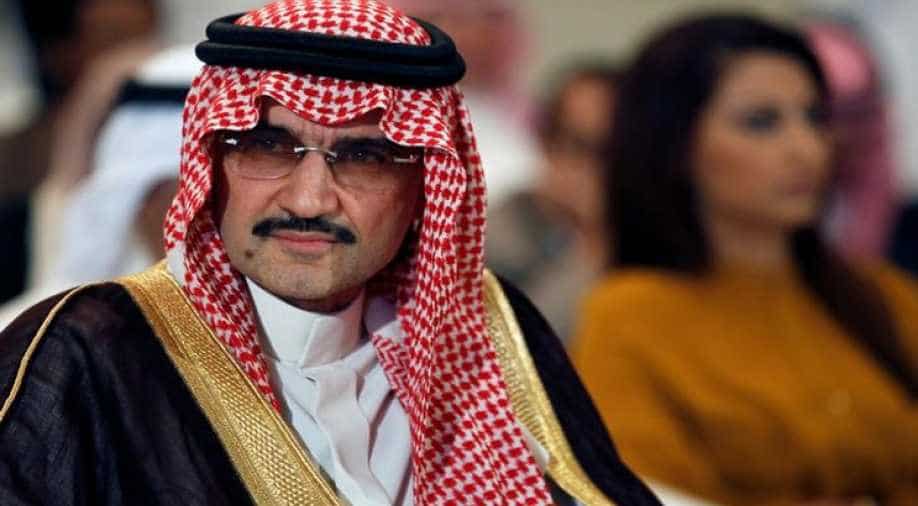 Analysts said the goal of the purge went beyond corruption and aimed to remove potential opposition to Prince Mohammed as he pushes an ambitious and controversial reform agenda.

Saudi authorities detained a billionaire global investor and the head of the National Guard as part of an anti-corruption purge that consolidates Crown Prince Mohammed bin Salman's hold on power.

A top security official, Prince Miteb bin Abdullah, was detained and replaced as minister of the powerful National Guard by Prince Khaled bin Ayyaf. This consolidates Prince Mohammed's bin Salman's control of security institutions which had previously been headed by separate branches of the ruling family.

News of the purge came in the early hours of Sunday after King Salman decreed the creation of an anti-corruption committee chaired by his 32-year-old son Prince Mohammed, who has amassed power since rising from obscurity less than three years ago.

The new body was given broad powers to investigate cases, issue arrest warrants, and travel restrictions and freeze assets.

"The homeland will not exist unless corruption is uprooted and the corrupt are held accountable," the royal decree said.

Analysts said the goal of the purge went beyond corruption and aimed to remove potential opposition to Prince Mohammed as he pushes an ambitious and controversial reform agenda.

In September he announced that a ban on women driving would be lifted and he is trying to break decades of conservative tradition by promoting public entertainment and visits by foreign tourists.

In economic policy, he has slashed state spending in some areas and plans a big sale of state assets.

"The most recent crackdown breaks with the tradition of consensus within the ruling family whose secretive inner workings are equivalent to those of the Kremlin at the time of the Soviet Union," wrote James Dorsey, a senior fellow at Singapore's S. Rajaratnam School of International Studies.

"Prince Mohammed, rather than forging alliances, is extending his iron grip to the ruling family, the military, and the National Guard to counter what appears to be more widespread opposition within the family as well as the military to his reforms and the Yemen war," Dorsey said.

An economist at a big Gulf bank, who declined to be named because of political sensitivities, said nobody in Saudi Arabia believed corruption was at the root of the purge.

"It's about consolidating power and frustration that reforms haven't been happening fast enough," the economist said.

The round-up sets alarm bells ringing across the region and beyond. It also recalls the palace coup in June through which Mohammad bin Salman ousted his elder cousin, Mohammad bin Nayef, as heir to the throne and interior minister.

MbS, as he is known, was widely expected to follow through by, at the least, removing Prince Miteb bin Abdallah from leadership of the National Guard, a pivotal power-base rooted in the kingdom's tribes.

Prince Alwaleed is one of Saudi Arabia's best-known international businessmen as an investor in firms such as Citigroup and Twitter.

Some detainees were believed to be held at the opulent Ritz-Carlton hotel in the diplomatic quarter of Riyadh, sources in contact with the government told Reuters. The hotel and an adjacent facility were the site of an international conference promoting Saudi Arabia as an investment destination last month.

The detentions followed a crackdown in September on political opponents of Saudi Arabia's rulers that saw some 30 clerics, intellectuals and activists detained.

Prince Alwaleed, a flamboyant character, has sometimes used his prominence as an investor to aim barbs at the kingdom's rulers.

In December 2015, Prince Alwaleed called U.S. President Donald Trump, who was then a candidate, a "disgrace to all America" and demanded on his Twitter account that he withdraw from the election.

Trump responded by tweeting: "Dopey Prince @Alwaleed_Talal wants to control our U.S. politicians with daddy’s money. Can't do it when I get elected."

In November 2016 Prince Alwaleed put aside the clash with Trump and embraced him as the U.S. president-elect, saying he was heartened by reports that Trump had appeared to delete online references to his proposed ban on Muslims.