Sanctions do not aim to bring down North Korea, says South Korea 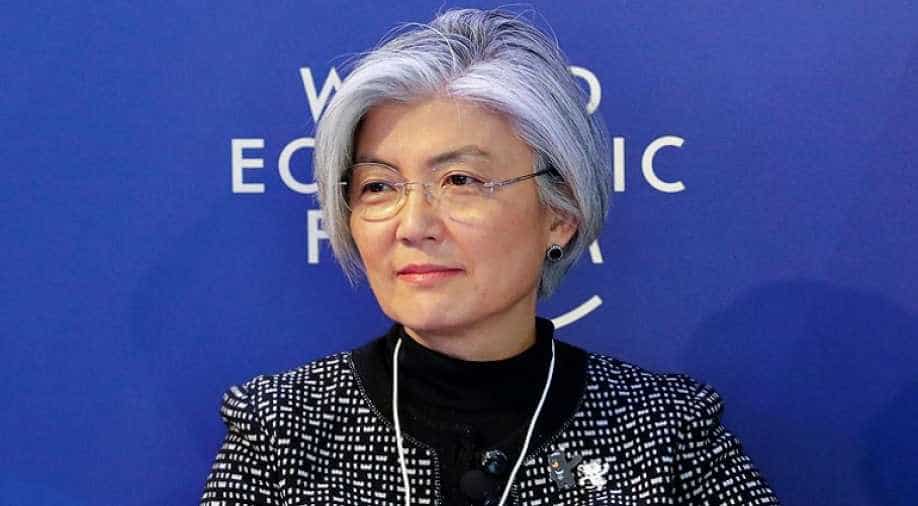 She stressed that their efforts are to help North Korea make the right decision. Photograph:( Reuters )

South Korean Foreign Minister Kang Kyung-wha on Tuesday said that sanctions on North Korea aimed to pressure it to give up its nuclear ambitions.

Kyung-wha kept his views in front of the Conference on Disarmament at the United Nations in Geneva.

"Sanctions are not an end in themselves and not meant to bring down North Korea but to make it understand that its future lies not in nuclear weapons but in working with the global community towards denuclearlisation," Kang said.

He stressed that their efforts are to help North Korea make the right decision.

"Our consistent message should be that it must make the right decision. And if it does, we are ready to work together towards a brighter and prosperous future for North Korea."

Earlier, Seoul informed that North Korea is willing to hold talks with the US, days after it cancelled a planned meeting with Vice President Mike Pence.