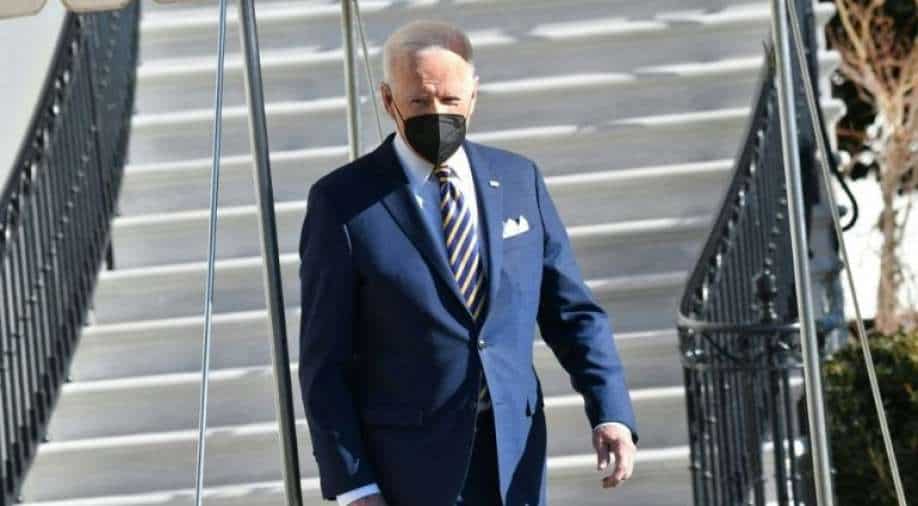 In Brussels, Secretary of State, Antony Blinken, said the US has sent an additional 7,000 troops to Europe and repositioned its forces already on the continent to strengthen NATO's eastern flank

Russia's invasion of Ukraine is an attack on not only this country, but also on the security of Europe, US President Joe Biden has said.

In an interaction with reporters during a bilateral meeting with President Niinist of Finland on Friday, Biden said the two nations have been in regular touch for some time now.

He said they have coordinated on a united, transatlantic response to the Russians and holding them accountable for their unprovoked and unjustifiable aggression against Ukraine.

And we agreed it's not only an attack on Ukraine, it's an attack on the security of Europe and on global peace and stability, Biden said in the Oval Office of the White House.

Earlier in the day, Biden spoke with President Andrzej Duda of Poland to discuss their countries' response, and those of allies, to Russia's invasion of Ukraine, including ongoing efforts to impose severe consequences on Russia.

Biden underscored the United States' commitment to the security of Poland and all of our NATO Allies, White House said in a statement of the call.

He welcomed Poland's partnership in hosting 9,000 US forces, including 4,700 additional service members deployed there in recent weeks, to reassure eastern flank allies, deter Russian aggression against NATO, read the statement.

In Brussels, Secretary of State, Antony Blinken, said the US has sent an additional 7,000 troops to Europe and repositioned its forces already on the continent to strengthen NATO's eastern flank.

We continue to tighten our severe economic sanctions on Russia, he said.

Well, it's hard to imagine that his plan included inspiring the Ukrainian people to defend their country with such tenacity; strengthening the resolve and solidarity of NATO and the EU; uniting the world in opposition to Moscow, including 141 countries at the United Nations, he said.

Blinken continued saying that the Russian invasion has apparently come to unite an unprecedented number of international businesses, associations, cultural institutions that have cut ties with Russia and caused the Russian economy to go into freefall".

He said the country's financial state has motivated tens of thousands of Russians to protest and countless more to leave the country, and is "increasingly turning Russia into a pariah state.

If that was President Putin's plan, well, you can say it's working. Russia has never been so isolated; we have never been more united, Blinken said.

Earlier, Defence Secretary Lloyd Austin had a chance to speak with the Polish Minister of Defence Mariusz Blaszczak to discuss impacts of the precious unprovoked and unjust war against Ukraine, his spokesperson John Kirby said.

A deconflation line has been placed between the US and Russia, he said.

It's only been in place for a couple of days, I think since early this week. It is basically a phone line, a phone connection to the Russian Ministry of Defense. It is being administered out of European Command Headquarters, Kirby said in response to a question.

When we tested it, they did pick up the other end. And they acknowledged that they got the call. So, we know it works. We think again, this is as we've done before, like in Syria, we think it's valuable to have a direct communication vehicle at that level at an operational level. To reduce the risks of miscalculation, Kirby said.

And to be able to communicate in real time if need be. Particularly because now the airspace over Ukraine is contested by both Russian and Ukrainian aircraft. So that contested airspace now buttress is right up against NATO. So smart thing to do. And we're glad it's in place. We're glad that the Russians have acknowledged that they will use it, he added.