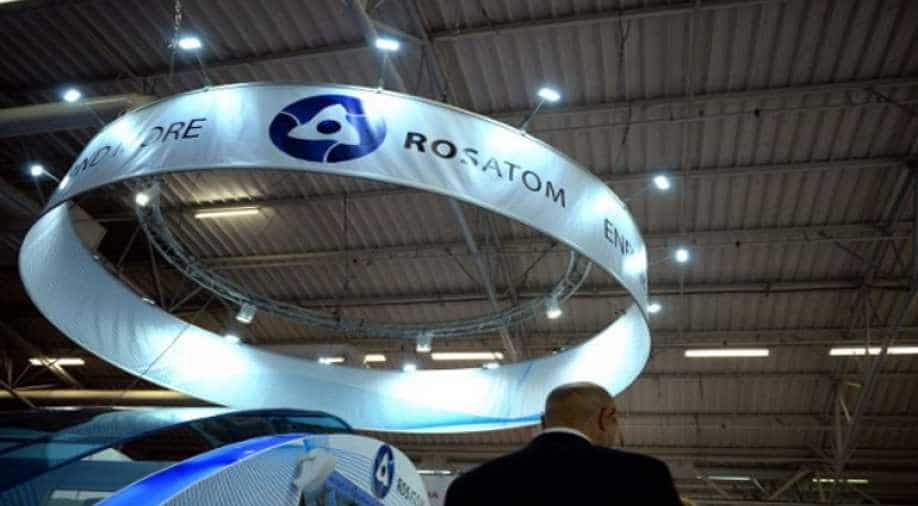 Russia's nuclear power corporation Rosatom is presenting the new VVER-1200 reactor that is entering service here as not only the most powerful in the world, but the safest. Photograph:( AFP )

Follow Us
The new No. 6 reactor at Russia's Novovoronezh atomic power station is not just about generating power, but relaunching Russia's ambitions to become a major player in the nuclear industry.

Russia's nuclear power corporation Rosatom is presenting the new VVER-1200 reactor that is entering service here as not only the most powerful in the world, but the safest.

The 1,200 megawatt reactor with a service life of 60 years includes innovative security features that operate equally well on commands from the staff or without human action, including cooling systems that work without electricity, it says.

"With these reactors, the Fukushima accident would not have happened," said Vladimir Lobanov, director of the training centre at the Novovoronezh power station, where staff rehearse disaster scenarios.

In the 2011 Fukushima accident, the reactors automatically shut down when the magnitude 9 earthquake struck, but the tsunami overwhelmed the power generator used for cooling the reactors, leading to meltdowns that released radiation in the most dangerous nuclear disaster since Chernobyl in 1986.

The power station's director Vladimir Povarov insists that the VVER-1200 can withstand a 9 magnitude earthquake or a plane crash.

The launch of operations at reactor No. 6, which has been working at a minimal level since May 20 for testing before becoming fully operational by the end of the year, also puts Rosatom in front of the global competition in launching a third-generation technology reactor.

France's Areva has suffered delays and mounting costs, including manufacturing errors for its EPR reactor. US company Westinghouse is testing out its AP1000 reactor in China at a less advanced stage, and Beijing is also developing its own model known as the Hualong.

"All the big companies in the sector have such solutions, but it is Rosatom which succeeded in launching it first," said Alexey Khokhlov, a partner at PwC's consultancy Strategy&.

With not all nations halting nuclear projects after the Fukushima disaster, Novovoronezh "is an important message from Rosatom and other suppliers: a new stage has been reached in view of re-establishing the reputation of the sector", added Khokhlov.

Despite the continued hangover of Chernobyl and Fukushima, Rosatom is currently using its know-how to build eight reactors on its own soil and 34 abroad.

On a global scale, more than half the reactors now being built are under Rosatom, notably in China, Finland and Vietnam.

And Russia hopes to benefit from growth expected in the sector: the World Nuclear Association says 173 new reactors are planned from now to 2030, while 65 are currently under construction, mainly in developing countries.

Over the past ten years, Rosatom has signed contracts worth more than $100 billion.

"Between 20 and 25 per cent of the nuclear power stations under construction in the world will be Russian ones," Rosatom's deputy chief Kirill Komarov told Russian television at the AtomExpo conference which gathered delegates from almost 50 countries in Moscow in late May.

Rosatom has come in for criticism from Greenpeace, which in a 2014 report condemned "safety violations" and the "absence of adequate quality controls".

Most damningly, it talked of "pervasive corruption within the company that casts serious doubts on the ability of the Russian government to ensure such gross violations do not occur again".

Neighbouring Belarus is also building two VVER-1200 reactors with a $10 billion loan from Russia, close to its northwestern border with EU member Lithuania and its capital Vilnius.

The small country will find itself with a surplus of electricity from 2020 that it wants to sell to its neighbour Lithuania.

But Vilnius, which is connecting its grid to that of the European Union, has already said it is not interested.

"Nuclear power is neither a long-term nor environmentally friendly nor safe type of energy," Lithuanian Green MP Linas Balsys said while visiting the construction site in April.

"I do not lose hope that it is possible to stop this project and prevent the risk that our capital Vilnius will have to be evacuated."