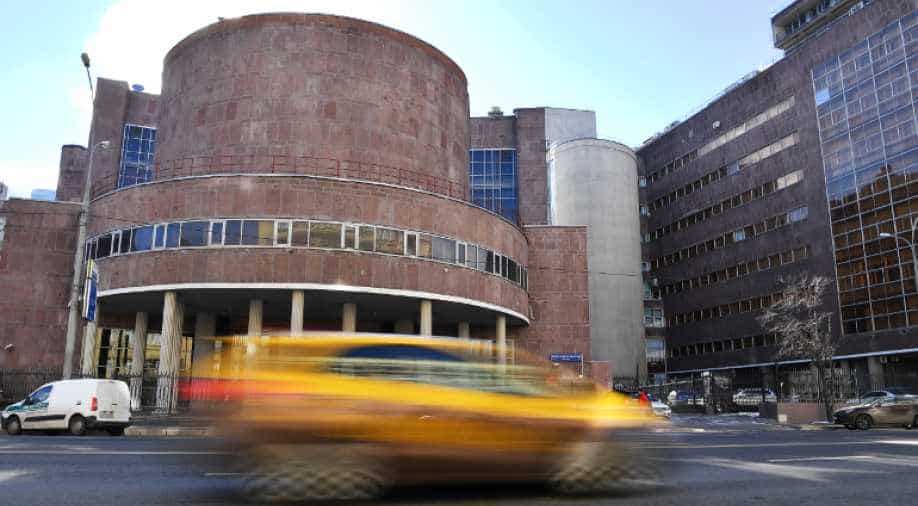 A picture taken on March 30, 2017 shows a general view of a building of Federal State Statistics Service (ROSSTAT) in Moscow. Russia's economy expanded for the first time in two years in the fourth quarter of 2016, data from the state statistics service showed on March 31, 2017. Photograph:( AFP )

Reports that Russia's economy ministry is set to take control of the national statistics agency has sparked fears that indicators crucial to monitoring the country's economic woes could become skewed.

Data from the Rosstat state statistics agency has been key in measuring the extent of the country's economic crisis, triggered three years ago by tumbling oil prices and Western sanctions over Ukraine, and is thus key to forecasts about when recovery is possible.

With Russians worried about their shrinking purchasing power and a presidential election due next year, perceptions about the economy and its outlook are touchy topics.

Enter into this volatile mix a switch by Rosstat to new calculation methods that are in line with European standards, which has caused rampant confusion inside the agency that has resulted in it publishing reports late and issuing major corrections to its findings.

Widespread issues over the adoption of the new methodology have prompted the government to prepare to make Rosstat -- which currently reports to Prime Minister Dmitry Medvedev -- answerable to the economy ministry in a bid to exercise more control over it, Russian media has reported.

The prime minister's current oversight is mostly administrative, while the economy ministry is responsible for producing forecasts for the government based on Rosstat data.

Analysts fear that as the presidential polls approach Rosstat could come under pressure to produce statistics that would paint a rosy picture of the economy, much as in the Soviet era when authorities used statistics for propaganda purposes, boasting about exceeding production plans.

"This is a pre-election year and if the main socio-economic indicators are bad, this would look like a lack of respect for the promises" President Vladimir Putin made during his 2012 campaign, said Igor Nikolayev, an analyst at FBK Grant Thornton, an auditing and consulting group.

"If growth reaches two per cent, then we will say that the sanctions bothered us but all the indicators are now positive," he added.

Some of Rosstat's new calculations have proved encouraging for authorities.

The agency revised upwards its production indicator and calculated that the economy had contracted by only 2.8 per cent in 2015 -- instead of the 3.7 per cent it had previously estimated.

It also said that the economy contracted by only 0.2 per cent last year, instead of the 0.6 per cent it had previously measured.

These changes in Russia's indicators have transformed the storyline of the country's economic crisis.

With the new figures, Russia's government can proudly proclaim that the economy has shown unexpected resistance to the double shock of low oil prices and sanctions thanks to a boost to industry from the weak ruble and dynamic small businesses.

Last month a low indicator for industrial production that was published behind schedule by Rosstat sent a jolt through the economy ministry.

Economy Minister Maxim Oreshkin, who took on the position in November, said Rosstat's transition to its new methodology had been "very unfortunate" and that he expected its figures to undergo "major revisions" while his ministry prepares to announce its forecasts.

In a 2013 report, the OECD group of leading economies praised Rosstat's "high level of professionalism" while saying the agency should improve its methodology for calculating gross domestic product (GDP) and its compliance with international standards.

Former deputy economy minister Alexei Vedev told TASS news agency that Rosstat's rocky transition to its new methods was the result of resistance by the agency's ageing staff and the inability to offer attractive wages to young economists.

Changing the supervision of the agency will not solve the problem, Vedev said.

"Our responsibilities will not change with our status," the head of Rosstat, Alexander Surinov, told Vedomosti business daily, stressing that Russian legislation guarantees the agency's "professional independence".

Analysts, however, are sceptical that Rosstat will be able to steer clear of government influence.

"The statistics agency must be as independent as possible," Nikolayev of FBK Grant Thornton said.

"I have no doubt that a change in leadership will affect Rosstat's activities, and this will affect the reliability of statistics."