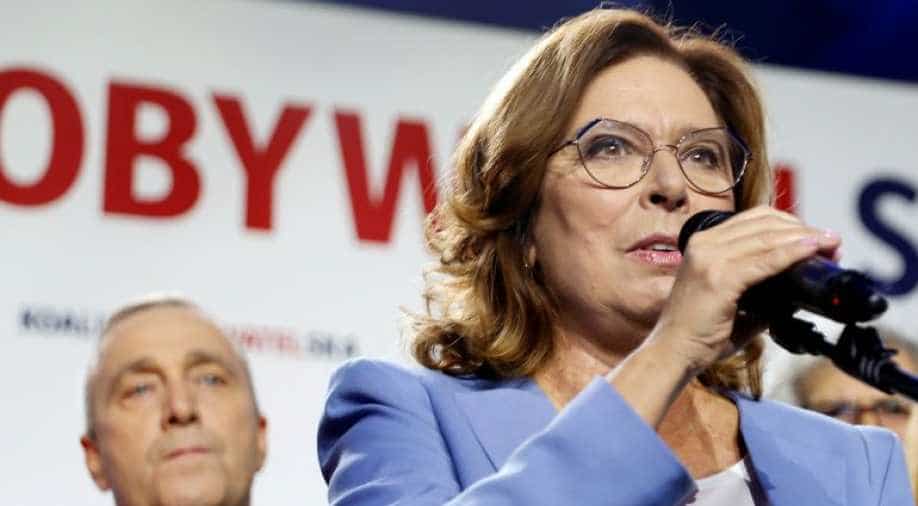 A former parliament speaker, Malgorzata Kidawa-Blonska, is trailing  in opinion polls by a double-digit margin.

A former parliament speaker, Malgorzata Kidawa-Blonska, 62, is trailing Duda, 47, in opinion polls by a double-digit margin, but her party hopes she will be able to mobilise undecided voters at a time of deepening political polarisation in Poland.

"It is not easy to be in the centre in populist times," said Grzegorz Schetyna, the leader of Civic Platform, ahead of the party vote.

Poland's political landscape has shifted since the ruling Law and Justice (PiS) government came to power in 2015 after campaigning on a platform of generous welfare spending and nationalist rhetoric infused with Catholic piety.

While campaigning for several elections since then, including a parliamentary vote in October and a local election last year, the opposition has struggled to formulate a strong message to wrest support away from the PiS.

Political analysts say Kidawa-Blonska's advantage is that she appeals to centrist and conservative voters, and could also win over those who have not made a decision on who to back.

"She won't convince core PiS supporters, but she has a chance to convince the undecided," said Agnieszka Kwiatkowska, a sociologist at SWPS university.

Duda would win 46.2% of the vote, with Kidawa-Blonska trailing on 23.3%, according to a late-November poll by IBRiS for Polish daily Dziennik Gazeta Prawna and private radio RMF FM.

According to other polls, Wladyslaw Kosyniak-Kamysz from the agrarian Polish People's Party (PSL) and independent Szymon Holownia, a Catholic journalist and TV presenter, would get single-digit support.

Two other parties, The Left and the right-wing Confederation group, have yet to announce their candidates.