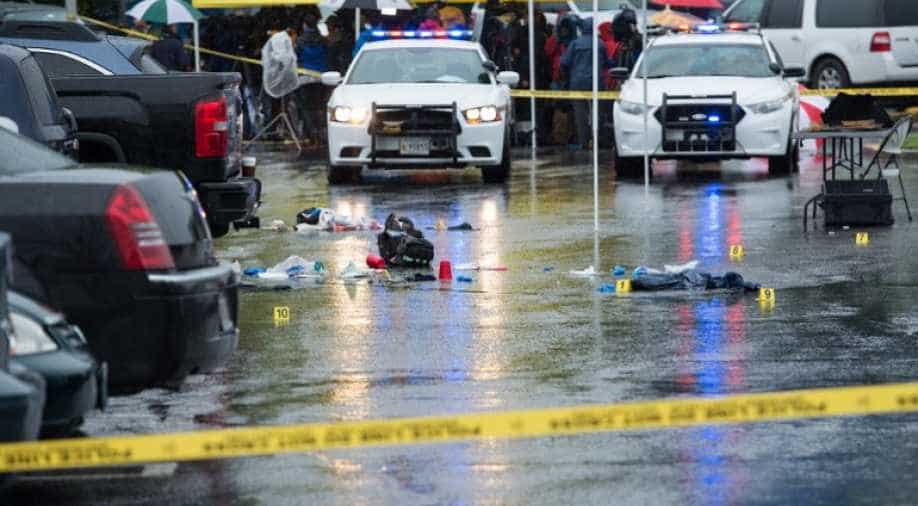 One of the robbers was shot and killed. The other ran through the mall, firing his gun as he fled, shooting six people. (Representative image) Photograph:( AFP )

At least one killed and seven others injured during a botched robbery at a jewellery store at a San Antonio mall, police said on Sunday.

The shooting unfolded as two people who staged an armed robbery at a Kay Jewelers outlet at the Rolling Oaks Mall were fleeing, said Police chief William McManus.

Two bystanders tried to intervene. One was shot and killed by one of the robbers, and the other bystander, who had a license to carry a concealed firearm, shot one of the suspects, the chief said. The bystander who shot the armed robber was not hurt.

The second, uninjured suspect ran through the mall, firing his gun as he fled, shooting six people. Their conditions were not immediately known, McManus said.

"What we have here is a robbery gone really, really bad," McManus told reporters in a video posted on the city's Facebook page. "It’s absolutely senseless. This is the second time that a Good Samaritan was killed trying to intervene in a crime.”

McManus said the six shoppers, and the robber who was shot, were hospitalised in undetermined condition. Their identities were not immediately disclosed.

The mall, located in the northwestern part of the city, was locked down, with shoppers and store employees held inside their stores, while police combed the area looking for the second suspect. Shoppers were also being evacuated from the mall.

In November, a Good Samaritan who tried to stop a woman from being assaulted was shot to death outside a San Antonio Walmart that was packed with holiday shoppers on the day after Thanksgiving.