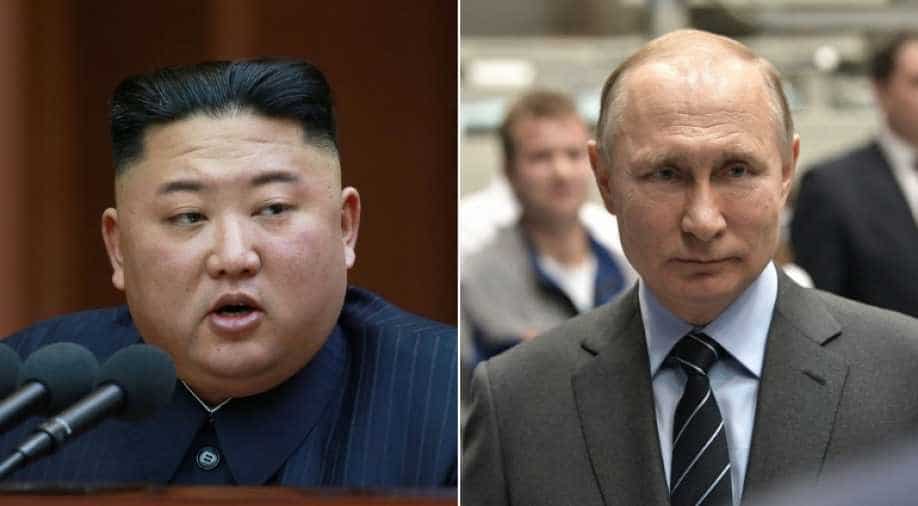 'Following an invitation from Vladimir Putin... Kim Jong Un will visit Russia in the second half of April,' the Kremlin said in a statement on its website.

"Following an invitation from Vladimir Putin... Kim Jong Un will visit Russia in the second half of April," the Kremlin said in a statement on its website.

The announcement comes after North Korea announced it had tested a new tactical weapon with a "powerful warhead", as denuclearisation talks with Washington appear to stall.

The Kremlin did not provide details on the exact date or location of the meeting, but Russian, South Korean and Japanese media earlier reported it would be in Russia's Far East.

Putin has long expressed his readiness to meet with Kim.

Kremlin spokesman Dmitry Peskov said earlier Thursday that Fiona Hill, an advisor to US President Donald Trump, had been in Moscow for talks with her Russian counterpart Yuri Ushakov.

US special envoy for North Korea Stephen Biegun was also in Moscow, the State Department said.

Russia has relatively warm ties with the reclusive regime and provides some food aid.

The last summit between a Russian and North Korean head of state came in 2011, when Kim's father Kim Jong Il travelled to Siberia to meet Dmitry Medvedev, then Russia's president.

Kim Jong Il, who died shortly after the visit, told Medvedev his state was prepared to renounce nuclear testing.