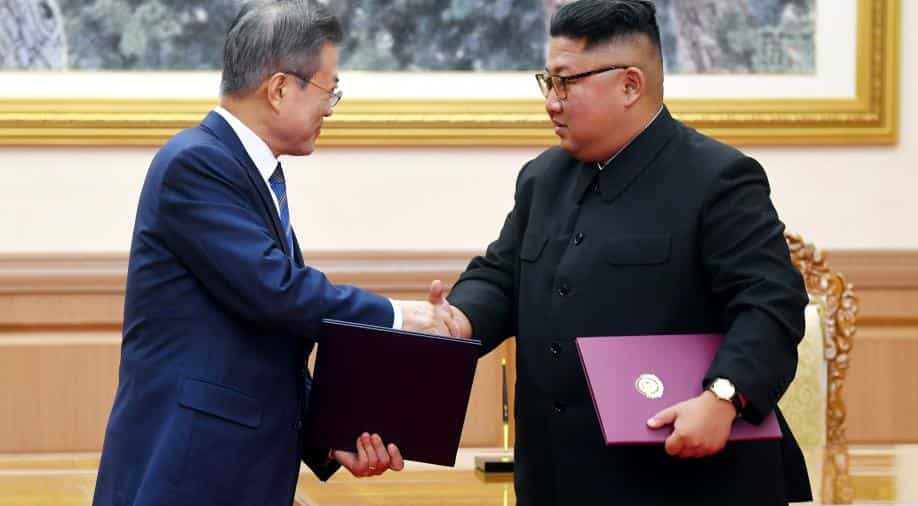 North Korea had on Friday said it was quitting the office, just hours after the United States imposed the first new sanctions on the North since the second US-North Korea summit broke down last month.

North Korea reversed a decision to withdraw its staff from an inter-Korean liaison office by sending some back to work on Monday, South Korea said, in a turnaround that came after U.S. President Donald Trump opted not to impose extra sanctions on the North.

On Friday, North Korea had said it was quitting the office, just hours after the United States imposed the first new sanctions on the North since the second U.S.-North Korea summit broke down last month.

The liaison office in Kaesong, North Korea, was opened in September and had been one of the key developments made during the detente between North Korea and South Korea in the past year.

The withdrawal of North Korean staff had been seen as a setback for South Korean President Moon Jae-in's attempts to engage with Pyongyang.

However, Trump on Friday said he has decided against imposing new large-scale sanctions on North Korea, a move that experts said could be an effort to defuse tensions or signalling that the "maximum pressure" sanctions campaign on North Korea was not going to get any stronger.

"Some of North Korean staff members are working at the liaison office" on Monday, the South's Unification Ministry said in a statement.

The two sides held a consultation at the liaison office on Monday and will continue to operate the office as usual, after North Korean staff members told the South "we came to do our shift as usual today," the ministry added.

Some four or five North Korean officials came to work at the office on Monday, about half the usual level of staffing, and none of the more senior officials were among those who came to work, South Korea's Yonhap news agency reported.

A convoy of dozens of South Korean officials had left for the liaison office earlier on Monday in a bid to maintain fragile gains in relations with Pyongyang.

Analysts reckoned the continued presence of North Koreans at the liaison office probably reflected Pyongyang's satisfaction over Trump's decision to hold off on the imposition of more sanctions.

They said the threatened withdrawal of staff appeared to have been calculated to pressure South Korea into persuading the United States to soft-pedal on sanctions.