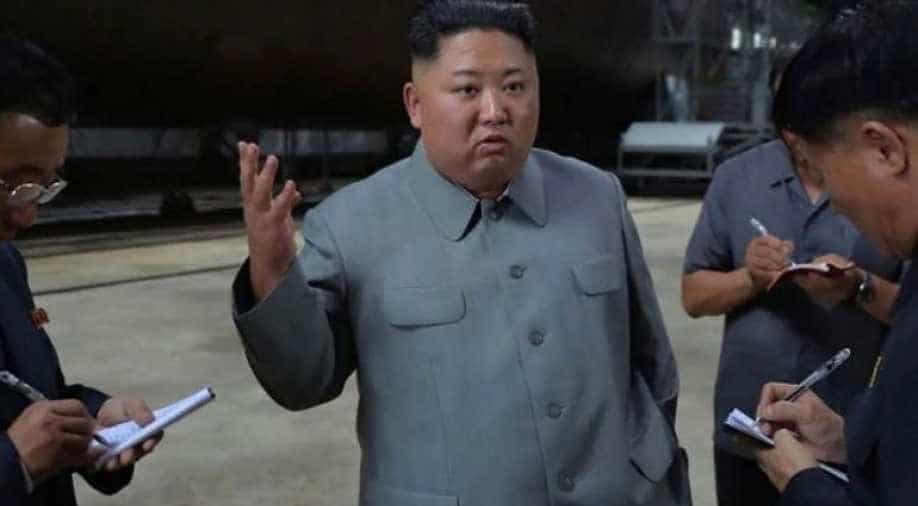 The weapons were launched from South Pyongan province in an easterly direction over the sea, Seoul's Joint Chiefs of Staff said in a statement.

North Korea fired two short-range projectiles on Thursday, the South's military said, with nuclear talks between Pyongyang and Washington at a deadlock.

The weapons were launched from South Pyongan province in an easterly direction over the sea, Seoul's Joint Chiefs of Staff said in a statement.

They flew 370 kilometres (230 miles) at a maximum altitude of 90 kilometres, they said, adding: "We are maintaining readiness and monitoring in case of additional launches."

In Washington, a senior Trump administration official said the United States was "aware of reports" and "continuing to monitor the situation and consulting closely with our allies in Japan and South Korea."

It was the latest in a series of launches by the North but the first since October 2, when it fired a sea-launched missile in a provocative move -- a submarine-based missile capability would change the military balance.

The North then walked away from working-level nuclear talks with the US in Sweden, saying it was disappointed at the lack of "new and creative" solutions offered by Washington.

Pyongyang is under multiple sets of international sanctions over its nuclear weapon and ballistic missile programmes, which it says it needs to defend against a possible US invasion.

It is demanding the easing of the measures and has repeatedly urged Washington to come forward with a new offer by the end of this year.

The South's National Security Council expressed "strong concern" over Thursday's launch and Japanese Prime Minister Shinzo Abe condemned it, saying it "threatens peace and stability of the country and the region".

The North had carried out more than 20 launches this year, he told reporters: "It is clear that the objective is to improve its missile technologies. It is necessary to further strengthen our security surveillance."

Talks between Pyongyang and Washington have stalled since the Hanoi summit between Kim Jong Un and President Donald Trump broke down without an agreement in February.

The meeting had been intended to build on their high-profile first summit in Singapore last year, when Kim signed a vague pledge to work towards "denuclearisation of the Korean peninsula".

On Sunday, the North's state media carried a statement from Kim Yong Chol -- previously the North's counterpart to US Secretary of State Mike Pompeo -- accusing Washington of seeking to "isolate and stifle the DPRK in a more crafty and vicious way than before".

He lauded the "close personal relations" between Kim and Trump, but warned: "There is a limit to everything."

The latest launch displayed Pyongyang's frustration over the absence of concessions in nuclear talks, analysts say.

"The launch is a display of its warning to both Seoul and Washington that it can carry out more military activities unless the US comes up with a 'new method'," said Lim Eul-chul, professor of North Korean studies at Kyungnam University.

Thursday's launch came despite Kim sending a message of condolence to the South's President Moon Jae-in on Wednesday for the death of his mother, who was born in the North.

"From our perspective, the North's behaviour is not rational that it does something like this during the mourning period," Lim said.

"But the launch today shows that the true nature of North Korea is inexplicable in our value system."

Contact between the North and South have stalled since Hanoi and Pyongyang has repeatedly excoriated Seoul for joint military drills with Washington and not following through on inter-Korean agreements signed last year.

Kim last week inspected the Mount Kumgang complex which once hosted Southern tourists visiting the North -- a symbol of inter-Korean cooperation -- and ordered the demolition of Southern-built facilities.

Pyongyang this week refused Seoul's request for face-to-face meetings to discuss the issue.