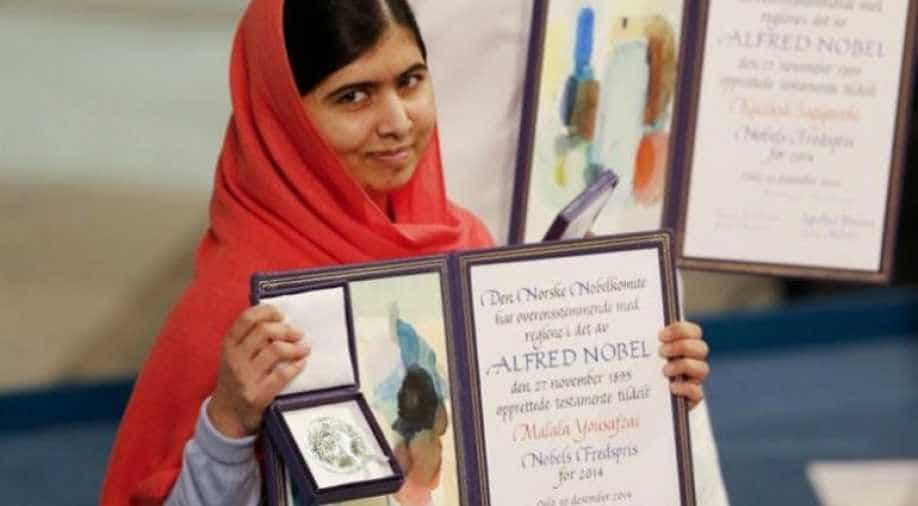 Nobel Peace Prize laureate Malala Yousafzai poses with the medal and the diploma during the Nobel Peace Prize awards ceremony at the City Hall in Oslo December 10, 2014. Photograph:( Reuters )

This year’s Nobel laureates can look forward to a rise of 12.5 per cent in prize money as the finances of the foundation have improved after previous years of overspending, the Nobel Foundation said.

The Nobel Foundation said the money for the awards, given for excellence in the fields of science, literature and peace, will be raised to 9 million Swedish crowns ($1.12 million) from 8 million.

“With the announcement of the 2017 Nobel Laureates starting next week, we are pleased to communicate that this year we are raising the prize amount by one million Swedish kronor,” Carl-Henrik Heldin, Chairman of the Nobel Foundation, said in a press release.

“The Nobel Prize stands for science, humanism and international cooperation. At a time when knowledge and facts are being questioned, these values are more important than ever.”

The foundation cut the size of the Nobel Prize in 2011 to 8 million from 10 million and began cost savings after a decade of overspending. The situation is now regarded as having stabilized, the foundation said.

The capital that forms the base for the awards was donated in the will of dynamite inventor Alfred Nobel and is managed by the foundation, which was set up in 1900.