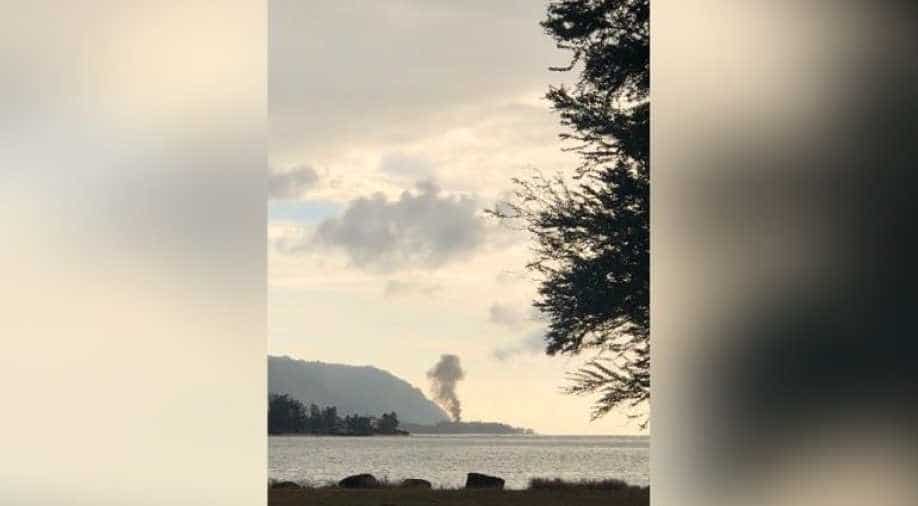 A plume of smoke rises after an airplane crash, seen from Kaiaka Bay Beach Park, in Haleiwa, Hawaii, US. Photograph:( Reuters )

The cause of the crash is not known yet.

Nine people including the crew died in a plane crash in Hawaii on Friday, news agency Reuters reported.

The twin-engine King Air plane went down near Dillingham Airfield, an airport on the North Shore.

According to the report, six passengers were onboard and three were crew members.

The fire service said the aircraft was engulfed in flames when fire crews arrived.

CNN report said the plane was on a skydiving excursion and that Federal Aviation Administration would investigate the crash.

The highway fronting the airport is closed in both directions.

Dillingham is a joint-use airfield operated by the Hawaii Department of Transportation under a 25-year lease from the US Army, according to its website.