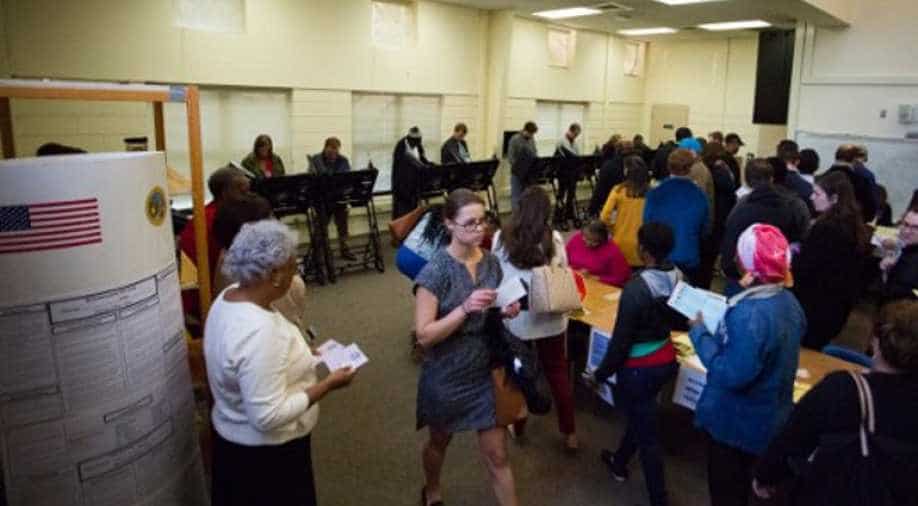 However, the law in Nevada, a key battleground state, allows people to cast their ballots if they are already waiting when the polls close. Photograph:( AFP )

A Nevada judge on Tuesday rejected Republican presidential candidate Donald Trump's request for records from a Las Vegas polling place that the campaign said had allowed people to vote after a deadline last week.

Republican presidential candidate Donald Trump on Monday filed a lawsuit against the registrar of voters in Clark County, Nevada over keeping a polling station open beyond closing time on Friday, the final night of early voting.

The Trump campaign complained that the polling station in a Hispanic neighbourhood in Las Vegas had been "improperly kept open on the last night of early voting" and "accommodate people who were not in line when polls closed".

However, the law in Nevada, a key battleground state, allows people to cast their ballots if they are already waiting when the polls close. To close the polling centre for people who turned up before the cut off time would be tantamout to depriving them of their fundamental right to vote.

"Nothing happened that wasn't supposed to happen," Dan Kulin, a spokesman for Clark County told NBC News. "Voters who were in line by the scheduled closing time were allowed to vote."

But Trump alleged that the registrar's action was in violation of the state law and asked that the ballots from the polling stations be kept separately. He called it a clear evidence of a "rigged system".

Most surveys in the run-up to the election have shown Democrat Hillary Clinton leading in Nevada. The county saw a strong early voter turnout among Latinos.

Simon Maloy, a political writer for Salon, relays the judge's response to Trump's lawyers about this lawsuit. It is not a stretch to say that the judge held the prospect of addressing this lawsuit seriously in contempt:

Judge handling Trump NV lawsuit to Trump lawyer: "you still think you're somehow entitled to an order in your favor... why?"

Judge: "I am not going to expose people doing their civic duty...to public attention, ridicule, and harassment. I'm not going to do it."