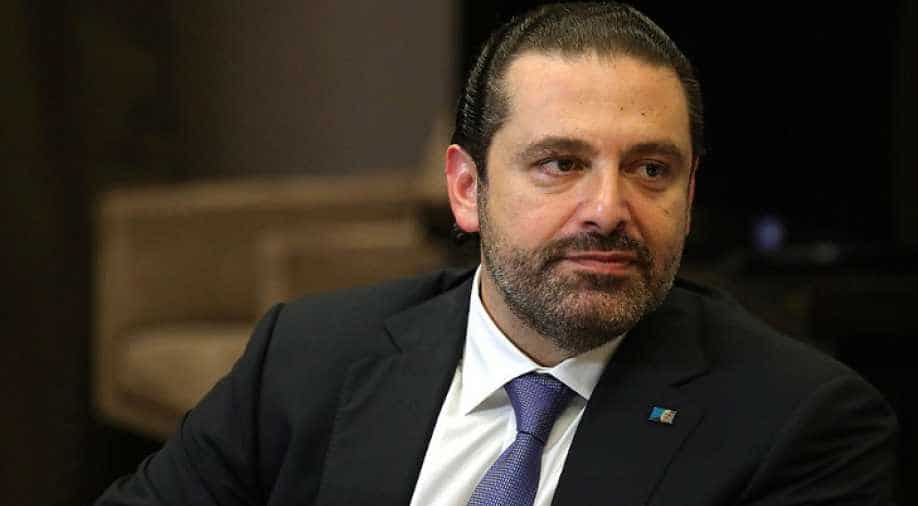 Donors including the World Bank and the International Monetary Fund on Wednesday rebuffed a plea for financial aid pending the rapid formation of a new government to implement key economic reforms.

"Hariri stressed his commitment to preparing an urgent rescue plan to resolve the crisis while waiting for the formation of a new cabinet able to implement it," it said in a statement.

"He discussed with both the technical support the Work Bank and IMF could provide in drawing up this plan," it added.

Lebanon has been rocked by unprecedented popular protests since October 17 over official mismanagement and corruption demonstrators blame for a deteriorating economy.

In a country where the local currency is pegged to the US dollar and used in everyday transactions, banks have gradually restricted greenback withdrawals, causing a dollar liquidity crisis that has made imports increasingly difficult and expensive.

Hariri also spoke to the president of the World Bank about "the possibility of the bank... increasing its contribution to funding international trade to Lebanon" to help importers bring in essential goods.

Lebanon has been without a cabinet since Hariri stepped down on October 29, with a bitterly divided political class unable to agree on a new premier ever since.

Protesters have demanded a new government composed entirely of independent experts, but analysts say this may be a tall order.

Parliamentary consultations are expected to start towards naming a new prime minister on Monday after the Sunni Muslim religious establishment rejected an alternative candidate for premier and threw its support behind Hariri.

Growth in Lebanon has plummeted in the wake of endless political deadlock in recent years, compounded by the 2011 breakout of civil war in neighbouring Syria.

A recession of more than 0.2 per cent is expected for this year, the World Bank says.

On Thursday, rating agency Fitch also bumped Lebanon down to "CC" from "CCC", after an initial downgrade in August.

"The downgrade of Lebanon's ratings reflects Fitch's view that a government debt restructuring or default is probably owing to acute political uncertainty, de facto capital controls and damaged confidence in the banking sector," it said in a statement.

Pope backs Iraqi call for its sovereignty to be respected