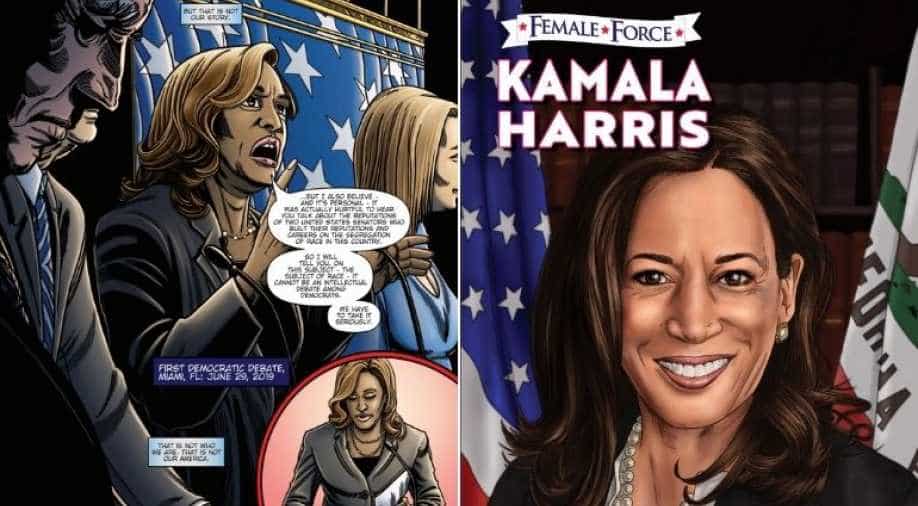 The comic titled 'Female Force: Kamala Harris' is set for release on October 21

A day after her birthday, Kamala Harris is getting her own comic book, chronicling her path from childhood to her historic nomination as US vice president.

"Female Force: Kamala Harris," part of Tidalwave Productions' Political Power series, is set for release on October 21, a day after she turns 56. That is less than two weeks before the November 3 US election.

The publisher on its website describes Harris as "full of grit and determination," and says that her "no-nonsense approach and bi-racial heritage have made her a popular member of the Democratic party."

The story begins with her birth in California to Indian biologist Shyamala Gopalan and Jamaican economics professor Donald Harris, and follows her path to becoming the second female African-American and first Asian-American US senator.

A dramatic moment in the Democratic Party's presidential nomination contest is featured, when Harris confronts front-runner Joe Biden in a debate about his work with segregationists in the US Senate to oppose school busing - the practice of transporting students to different school districts to improve racial integration.

"There was a little girl in California who was a part of the second class to integrate her public school, and she was bused to school every day," Harris declares. "And that little girl was me."

In a well-known plot twist, Biden clinches the Democratic nomination but names Harris as his running mate.

Other political figures featured in the comic series include US President Donald Trump; Hillary Clinton, his Democratic opponent in the 2016 election; and 2008 US Republican vice presidential candidate Sarah Palin.