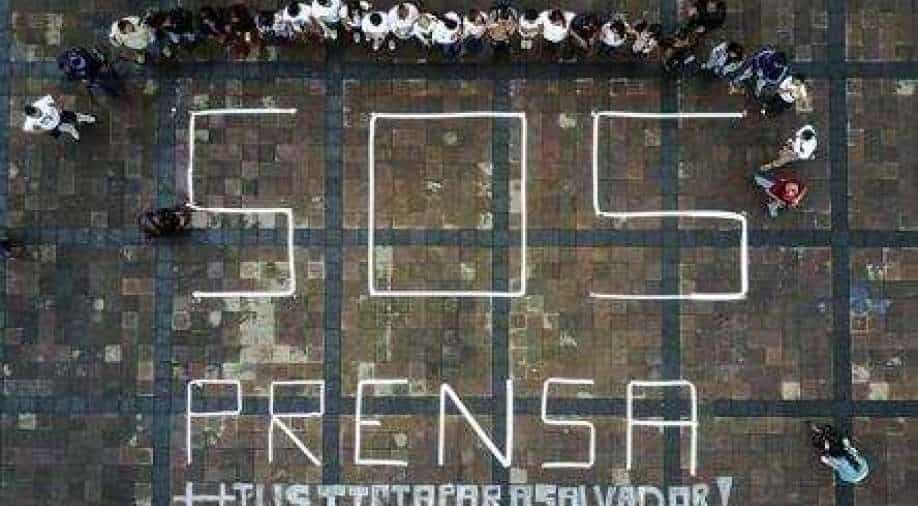 Chihuahua state governor Javier Corral condemned the "cowardly" killing of Arturo Alba Medina in Ciudad Juarez near the US border.

A journalist has been shot dead in crime-ridden northern Mexico, authorities said Friday, the sixth such murder this year in one of the world's most dangerous countries for reporters.

Chihuahua state governor Javier Corral condemned the "cowardly" killing of Arturo Alba Medina in Ciudad Juarez near the US border.

Corral said on Twitter that he had told prosecutors to ensure the perpetrators are punished, adding: "Justice will be done."

The 49-year-old journalist and television news show host was assassinated a few minutes after the end of his program on Thursday night, according to media watchdog Reporters Without Borders (RSF).

"This was clearly an execution and his media colleagues where he worked are afraid and don't know the reason for the crime," Balbina Flores, RSF representative in Mexico, told AFP.

Medina's last show included talk of police corruption, the alleged murder of a minor by state agents and clashes between drug traffickers, according to local media.

The journalist's body was found inside a vehicle along with eleven bullet shells, the reports said.

Chihuahua attorney general Cesar Augusto Peniche promised to give "all the resources available to the prosecution to resolve this case."

RSF regularly ranks Mexico alongside war-torn Syria and Afghanistan as the world's most dangerous countries for news media.

More than 100 reporters have been murdered since 2000 in Mexico, where asking questions about political corruption or powerful drug cartels can be a deadly business.

Only a fraction of those crimes have resulted in convictions.

Such impunity has led to "silence zones" where journalists have chosen not to investigate topics related to organized crime or corruption for fear of being killed.

In a rare case, a man convicted of ordering the 2017 murder of prominent journalist Miroslava Breach in Chihuahua state was condemned in August to 50 years in prison.

Prosecutors said the sentence was precedent-setting and the longest yet for such a crime.

But rights group Propuesta Civica called for further investigations of others involved as well as an inquiry into the "possible involvement of officials of the current government of Chihuahua."

Since the killing of Breach, who covered the country's drug war, "many reporters have been forced to quit journalism or not carry out investigations," Flores said.