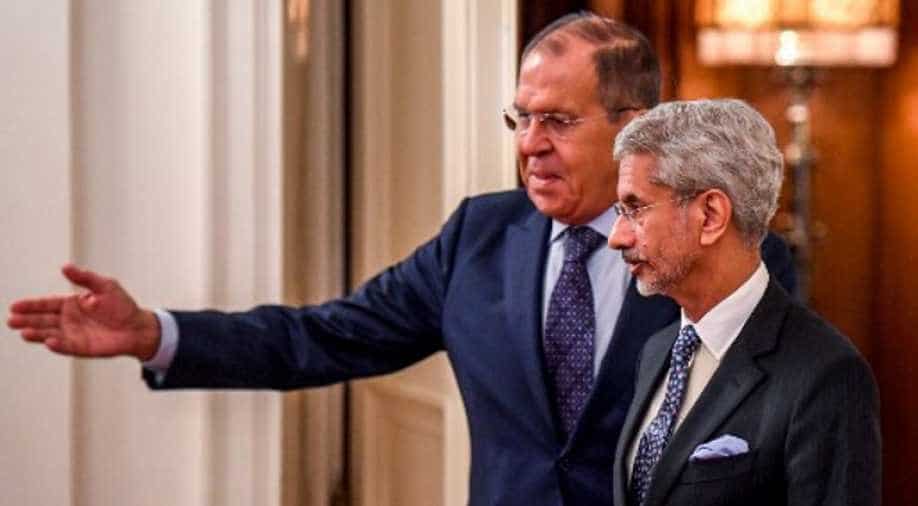 PM Modi will be visiting Vladivostok next week for the Eastern Economic Forum in Vladivostok from September 4 to 6.

Jaishankar told his Russian counterpart that he had started his diplomatic career in the Russian capital.

"I look forward for productive talks," Jaishankar told Lavrov as the Indian delegation met their hosts.

PM Modi will be visiting Vladivostok next week for the Eastern Economic Forum in Vladivostok from September 4 to 6. The Indian prime minister will also be meeting President Putin at the 20th annual bilateral summit.

Jaishankar who is on a two-day visit to Moscow ahead of Prime Minister Narendra Modi's official engagement had addressed the Valdai Club on Tuesday where he discussed the "Indo-Pacific concept" and hoped that Russia will have its own "version of Indo-pacific".

"All interested powers look at it with an open mind, treat the Indo-Pacific as part of the changing world and look at it as an old concept that has found a new relevance and join the debate."

"There is an Indo-Pacific message in Vladivostok," he added.

On the first day, S Jaishankar unveiled a Gandhi statue at the Indian Embassy premises on the occasion of the 150th birth anniversary of 'father of nation' Mahatma Gandhi.