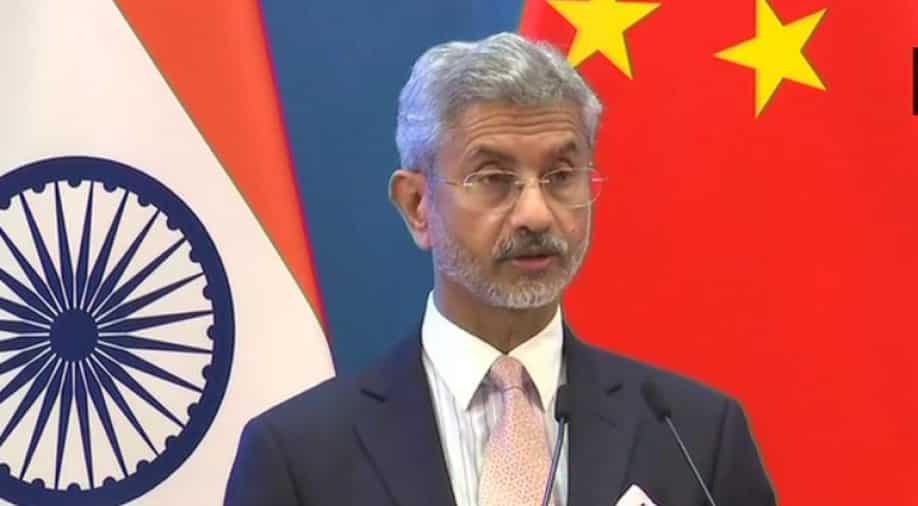 Jaishankar said, 'With China, it is a complex relationship but I will argue in many ways,' it is a relationship with a great future

External Affairs Minister S Jaishankar, who is on a two-day visit to Moscow, has said that ties with China have great future and urges Russia to look at the concept of Indo-Pacific.

Speaking at the Valdai Club in Moscow on Tuesday, Jaishankar said, "With China, it is a complex relationship but I will argue in many ways, it is a relationship with a great future. China, today, is among our top two trading partners. We deal with China in a whole range of issues."

"We discuss everything under the sun with China, we have an annual informal summit at the leadership level. There is an understanding, certainly on our part that India and China have to get along to realise the Asian century. We have issues of difference with China including a boundary dispute. Our effort is to sit down and solve it," he added.

This year they met twice - first on the sidelines of Shanghai Cooperation Organisation or the SCO Summit in Bishkek and then at the G20 Summit in Osaka, Japan.

Elaborating on the Indo-Pacific concept, which was the main theme of discussions at the Valdai Club, Jaishankar said, it is a concept that has grown out of the era of convergence.

Hoping Russia will have its own "version of Indo-pacific", Jaishankar said, "All interested powers look at it with an open mind, treat the Indo Pacific as part of the changing world and look at it as an old concept that has found a new relevance and join the debate".

"There is an Indo-Pacific message in Vladivostok," he added.

Jaishankar will be meeting his Russian counterpart Sergey Lavrov on Wednesday. The talks will be focused on the upcoming visit of PM Modi to Vladivostok for the Eastern Economic Forum which is due in the first week of September.

Asked if Indo-Pacific is an attempt to contain China by a Russian journalist, he said, "Containment is part of your history, it is not part of mine. You have to get over that cold war mindset. That era is gone. You are in a multipolar era."

On the first day, S Jaishankar unveiled a Gandhi statue at the Indian Embassy premises on the occasion of the 150th birth anniversary of 'father of nation' Mahatma Gandhi.