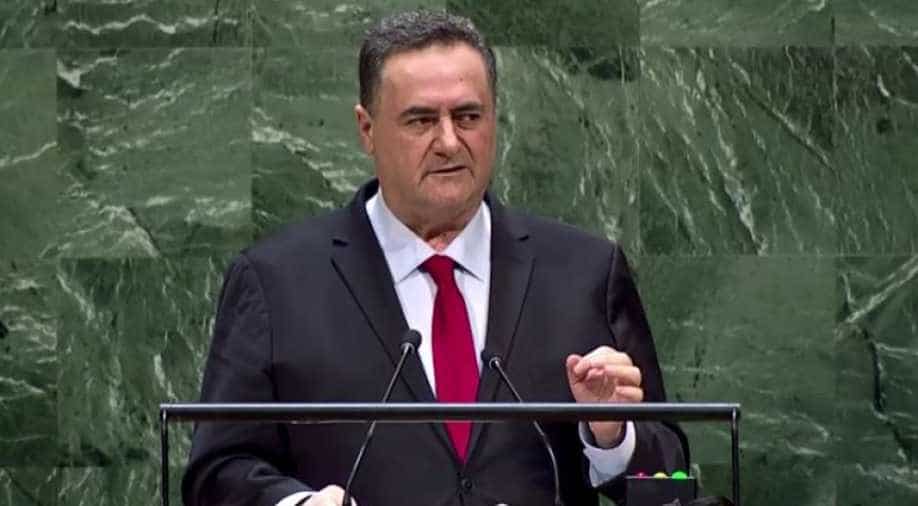 Details of the proposal were not made public, but it was the latest sign of Israel's push to improve ties with Gulf Arab nations.

Israeli Foreign Minister Israel Katz said Sunday he was seeking "non-aggression" agreements with Gulf Arab nations that do not formally recognise the country as a prelude to possible future peace deals.

Details of the proposal were not made public, but it was the latest sign of Israel's push to improve ties with Gulf Arab nations with whom it has no formal diplomatic relations.

Israel's occupation of Palestinian territory has long served as a major factor preventing peace deals with Arab countries, but common concerns over Iran are widely seen as having brought them closer in recent years.

"Recently, I have been promoting, under the backing of the United States, a political initiative to sign 'non-aggression agreements' with the Arab Gulf states," Katz wrote on Twitter.

"The historic move will put an end to the conflict and allow civilian cooperation until peace agreements are signed."

A spokesman for Katz declined to provide further details for now, and it was not clear how much progress he has made in the endeavour.

Only two Arab countries -- Jordan and Egypt -- have peace treaties with Israel, but there have been overt signs in recent months of improved relations with Gulf nations.

Katz in July said he had met his Bahraini counterpart publicly for the first time during a visit to Washington.

In late June, a group of Israeli journalists attended the US-led economic conference on Israeli-Palestinian peace in Bahrain.

All did not go well, however, when a group of invitees from Arab states visited Israel in July.

Palestinians hurled abuse and chairs at a member of the delegation -- a Saudi blogger -- as he visited east Jerusalem's Old City.

East Jerusalem was occupied by Israel in the 1967 Six-Day War and later annexed in a move never recognised by the international community.

Israel sees the entire city as its capital, while the Palestinians see the eastern sector as the capital of their future state.