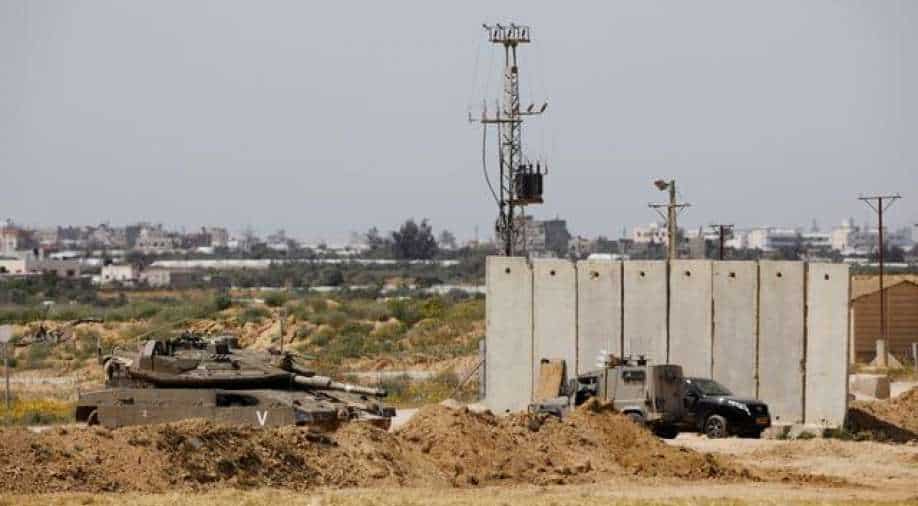 The military said its engineers discovered the tunnel using underground sensors attached to a concrete barrier that, once completed, will run 65 kilometres (40 miles) around Gaza.

Israel discovered a new cross-border tunnel from the Gaza Strip on Tuesday that its military said extended "dozens of metres underground" and into Israeli territory.

The military said its engineers discovered the tunnel using underground sensors attached to a concrete barrier that, once completed, will run 65 kilometres (40 miles) around Gaza.

Palestinians have used underground tunnels to smuggle in all manner of commercial goods to Gaza, as well as to bring in weapons for militants from the Strip`s ruling Hamas group and other factions.

Militants have also used the tunnels to launch attacks inside Israel, which maintains a land and sea blockade of Gaza, citing threats from Hamas.

The new tunnel originates in the city of Khan Younis in southern Gaza, extending across the Israeli border before terminating underground before reaching the barrier, military spokesman Jonathan Conricus said.

He added: "We have not seen an exit point from the tunnel. So you could deduce from that that the aim was not for the terrorists to emerge from that location, but rather further inside Israel."

Conricus said the military had not yet determined who had built the tunnel, but that it holds "Hamas responsible for everything emanating from the Gaza Strip".

Israel and Hamas last fought a large-scale war in 2014 and have engaged in dozens of smaller cross-border skirmishes since. Hamas and other Gaza militants have defended the tunnels as part of what they call their preparation for fighting.

Conricus said the military would "neutralise" the tunnel in the coming days. The military has discovered around 20 tunnels since the 2014 war, he added.