Is this the world's worst apartment? 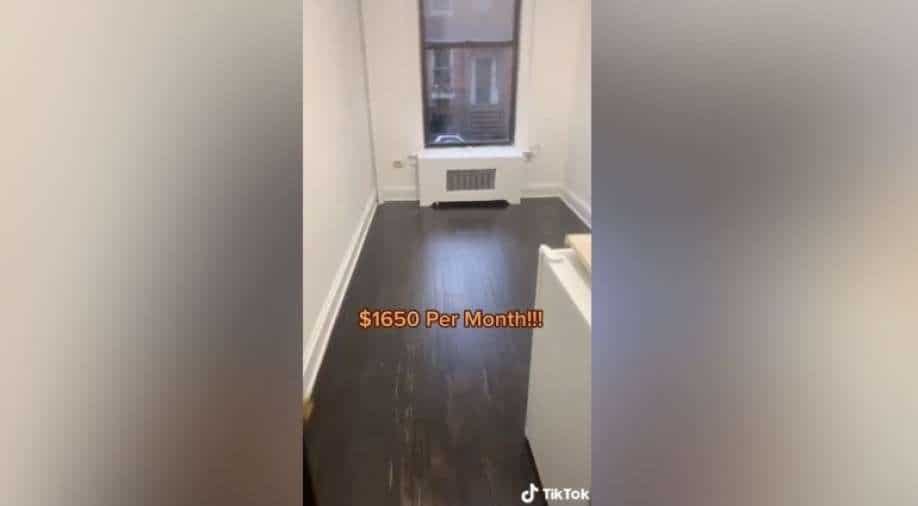 Worst apartment ever Photograph:( Others )

It is never easy to find your "best home/apartment", but it seems the hunt for the worst apartment is over.

This "worst apartment ever" is in New York, the US with a monthly rent of $1,650, but guess what it doesn't even have a toilet.

Also read | Want to be neighbours with Sylvester Stallone? Buy this home in Beverly Hills

The location of this tiny studio remains a mystery and cannot be found on any rental sites.

This toilet-less property is being called as "worst apartment ever" by TikTok users.

The video of the apartment posted by real estate agent Cameron Knowlton on TikTok has gone viral and being viewed at least 21 million times.

Knowlton captioned the video as "Worst Apartment Ever NYC !!! as he showed that the single-room property doesn't have a bathroom, stove, freezer, and only a tiny fridge and closet.

"Before you ask, yes, this is a real apartment. This is what $1,650 gets you in the most desirable neighbourhood in New York City," the real estate agent said on the video.

In the video, Knowlton also shows that there is a toilet and shower out of the apartment down the hallway in separate rooms and are "shared by the entire complex."

He added that "for security purposes" a key is required to enter both the rooms, highlighting that the bathroom doesn't have a sink, but is "pretty clean".

He told news agency AFP the last tenant moved out from the property in October and expected that soon it will be occupied by someone.

"It's one of the most desired neighbourhoods in the world so people will rent it," he said.