Iraqi forces recover bodies of plane crew shot down by IS 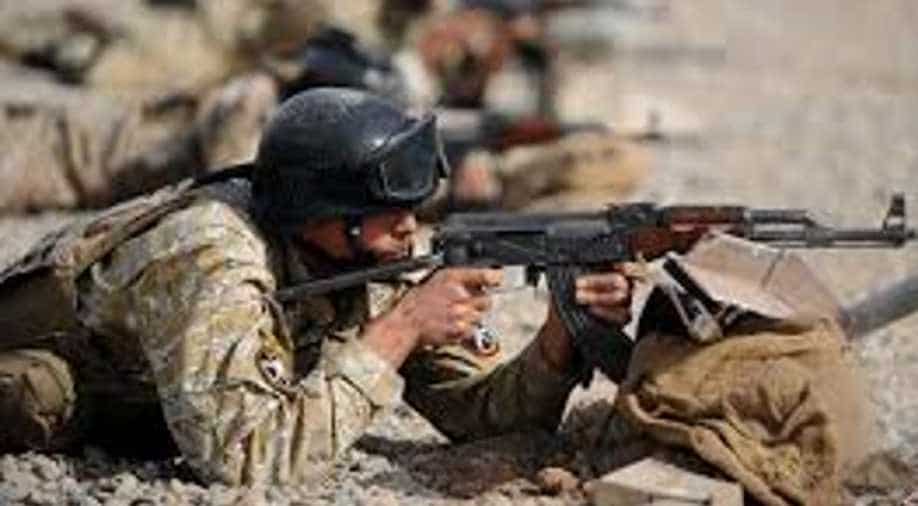 Iraqi forces have found the bodies of two of the crew of a plane shot down by the Islamic State group last year, the air force said on Tuesday. (Image source: Wikimedia Commons) Photograph:( Others )

Iraqi forces have found the bodies of two of the crew of a plane shot down by the Islamic State group last year, the air force said on Tuesday.

The Cessna 208 Caravan was downed over the northern town of Hawija, a former jihadist bastion which was retaken by government forces last week.

"The bodies of two of the crew killed in the crash of their Cessna Caravan in Hawija in March 2016 have been found," the air force said.

"The jihadists had hidden the bodies of Brigadier General Ali al-Ubudi and Major Mohammed al-Shikhli," it said, adding that a search was under way for the body of the third crew member, Colonel Mohammed Abdel Kassar.

IS said it used anti-aircraft artillery to down the plane which had been on a bombing run against Hawija on March 16, 2016.

It released footage showing its fighters celebrating around the downed aircraft and the remains of its crew.

In its combat version, the Cessna 208 can be used to launch laser-guided Hellfire missiles.

Troops and militia overran Hawija on Thursday, recapturing the last major population centre held by IS in Iraq apart from a stretch of the Euphrates Valley next to the Syrian border.

Fighting is still going on in the countryside around the town, however, as troops attempt to retake some 60 villages still held by the jihadists and reach Kurdish lines to the north and east.

Kurdish forces came under attack on Tuesday near the town of Dibis, northwest of the provincial capital Kirkuk, an officer told AFP.

"Some jihadists walked up waving a white flag then attacked our fighters, killing one of them," the Kurdish officer said.