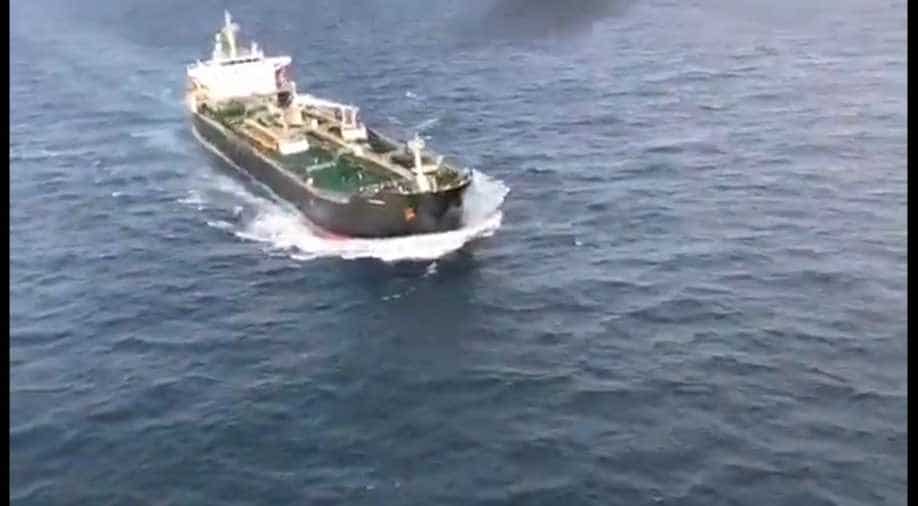 The development is being keenly watched by US authorities amid growing Venezeula-Iran ties in South America as Maduro's regime battles US sanctions.

An Iranian oil tanker docked in a Venezuela port today after entering its waters on Saturday night, escorted by the Venezuelan navy.

A second tanker - the Forest is also being escorted by the Venezuelan Navy as authorities said five tankers were set to arrive in the country in the next few days.

The development is being keenly watched by US authorities amid growing Venezeula-Iran ties in South America as Maduro's regime battles US sanctions.

Venezuelan oil minister Tareck El Aissami had earlier said "The ships of the sister Islamic Republic of Iran are in our exclusive economic zone."

Reports said the tankers were carrying  1.5 million barrels of gasoline. Iran had earlier warned of "consequences" if the Trump administration stopped the ships with Venezuela reeling with gasoline shortages.

"We're ready for whatever, whenever," President Nicolas Maduro told state-run media as he announced that the tankers would be escorted by the country's Navy and Air Force.

The National Security Council of the United States had earlier said that "the importation of Iranian gasoline is an act of desperation by the corrupt and illegitimate Maduro regime."

"It will not stop Venezuela’s chronic fuel shortages or alleviate the suffering that Maduro has inflicted on the once prosperous people of his country," it said.