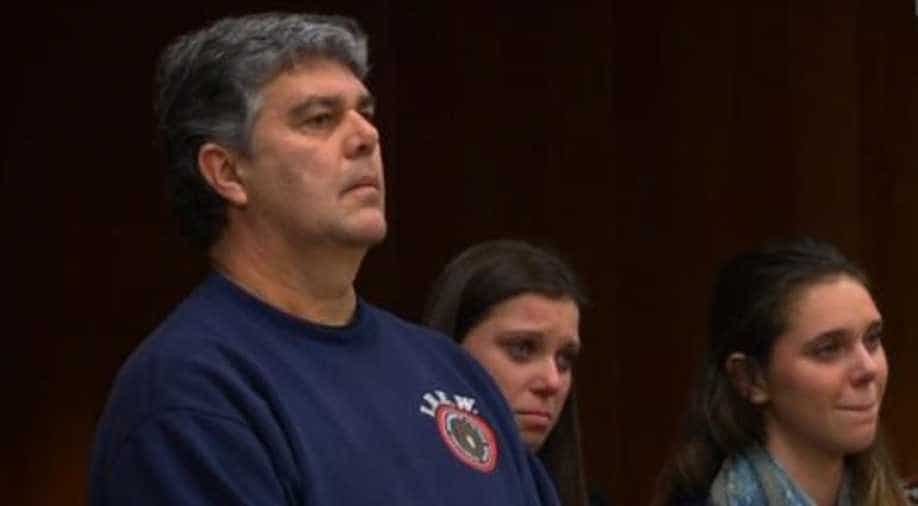 The judge turned Margraves' request. Which is when he took matters in his own hands and charged Nassar. Photograph:( Twitter )

Randall Margraves had asked the Michigan judge for five minutes in a locked room with Larry Nassar, the ex-USA Gymnastics doctor now convicted of having sexually assaulted scores of young girls and women under his care.

The judge had turned down Margraves, whose three daughters were among Nassar's victims. "That's not how our legal system works," the judge said.

Margraves then took matters into his own hands, charging at Nassar in court before he was brought down by three bailiffs.

The incident went viral on the internet.

And the internet, by and large, came out in support of Margraves:

I'd have lifted my hand to high five Randall Margraves as he ran past to get to Larry Nassar.

If I was Randall Margraves, I would have charged that mother F-er too! Father of the year!

I don't give two goddamns what anybody else thinks. I stand with Randall Margraves. Yeah yeah "nation of laws". Tell me that when all Larry Nassar's enablers are all doing hard time. HARD TIME. Yeah, on the fifth of never. God bless you, Mr. Margraves. God bless you.

Some people called him a hero. And money was very quickly raised to help fund any legal bills that Margraves might incur:

I pledge to donate $500 towards any legal defense fund for Randall Margraves should charges be brought against him for this morning’s events. #FreeRandallMargraves #RandallMargraves

Others however took a different tack:

To all you hand-wringers saying what #RandallMargraves did was wrong, you're right. I think he should be arrested & placed in a holding cell...with Larry Nassar. #5hoursnot5minutes

Apparently lashing out in rage against someone in a courtroom makes you a #hero . However, having the courage & strength to come forward and confront a sexual predator is not. People need to learn what words mean. #margraves #nassar #Randall #StupidPeople #idiots

Margraves apologised to the court later.

And he found that he did not need the money raised to help with his legal fees. The judge let him go without any charges being filed, citing the "circumstances of the case".