India-US share 'most important bilateral relationship in the world': Consul General of India in New York 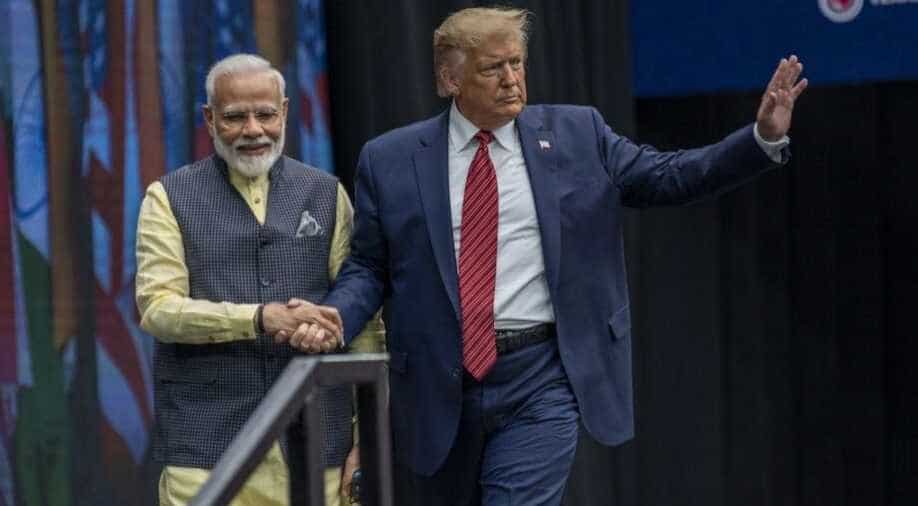 Consul General of India, Sandeep Chakravarty, also expressed hope that the meeting between Modi and Trump will help in resolving the trade issues between the two countries.

Prime Minister Narendra Modi and US President Donald Trump share a great synergy and their second meeting within a span of two days will take the India-US relations to greater heights, said Consul General of India in New York, Sandeep Chakravarty, on Tuesday.

"There is a great deal of synergy between the two leaders. They talk on the phone, meet on sidelines, they met in Houston the day before. Our relationship is on a continuous climb. They are going to meet again in a span of two days which shows that they value each other's friendship and relationship and they will take the relationship ahead," Chakravarty told ANI here.

He also expressed hope that the meeting between Modi and Trump will help in resolving the trade issues between the two countries.

"The trade issue is one of the focal points of the current US administration. They're looking at it with renewed vision. I don't see why the US administration won't look closely at trade with India. The India-US trade relationship is also growing," said Chakravarty.

Calling the US-India relationship most important in the world, he said that the mutual bond has been benefiting both the countries.

"This is the most important bilateral relationship in the world. Several US leaders also accept this and have said publicly. For the US, I believe, this the most transformed relationship. For India, the relations have gone from nothing to where it is today in the last 20 years. The trade between India and the US stood at USD 5 billion in 2000, and today, it stands at almost USD 150 billion," Chakravarty said.

He said that Sunday's "Howdy, Modi" event in Houston has sent an "amazing" message across the world and hoped that it would help take the US-India relationship to new heights.

"The Houston event has taken the India-US relations to a new height. The message which has gone across India and the world is amazing," Chakravarty said, adding that the relationship is growing in every field including people to people contact, trade, science and technology and space.

The bonhomie between the two leaders was in full display at the event where they echoed similar sentiments on several issues including "radical Islamic terrorism", trade and defence.

The two leaders are scheduled to meet again on Tuesday afternoon in New York.