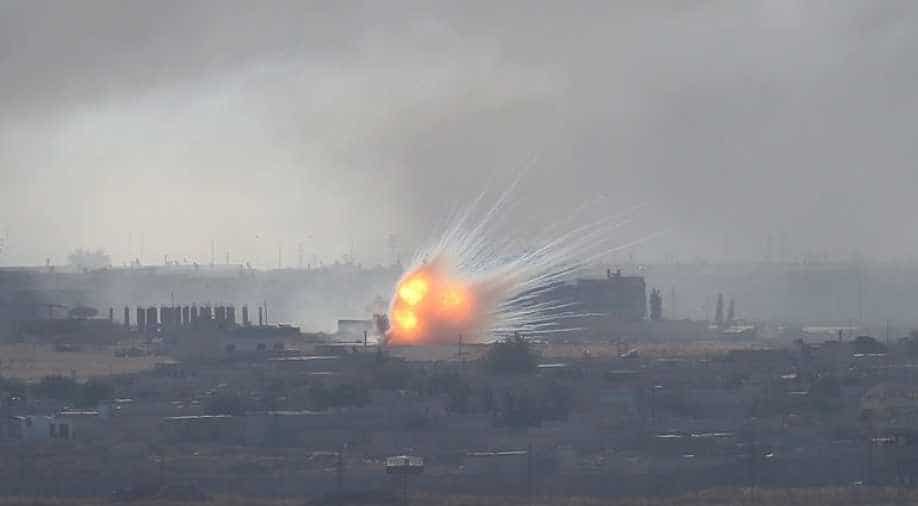 An explosion is seen over the Syrian town of Ras al-Ain as seen from the Turkish border town of Ceylanpinar Photograph:( AFP )

Some 500 Syrian Kurds have entered neighbouring Iraqi Kurdistan over the past four days fleeing a Turkish invasion.

Some 500 Syrian Kurds have entered neighbouring Iraqi Kurdistan over the past four days fleeing a Turkish invasion now entering its second week, officials said on Wednesday.

The refugees were taken to camps in Iraq's autonomous Kurdish region, an official in the border province of Dohuk told AFP.

Iraqi Kurdistan previously hosted more than one million Iraqis who fled fighting with the jihadists of the Islamic State group between 2014 and 2017.

NGOs operating in the region said they had been on alert since Ankara launched its invasion of northern Syria on October 9.

Dohuk province humanitarian affairs chief Ismail Ahmed said they were "Syrian Kurds already living in Iraqi Kurdistan, who went to visit relatives in Syria before returning because of the bombardments."

Damascus deployed troops to Kurdish-held areas that had been outside its control since 2012 under an accord with Kurdish authorities announced on Sunday.