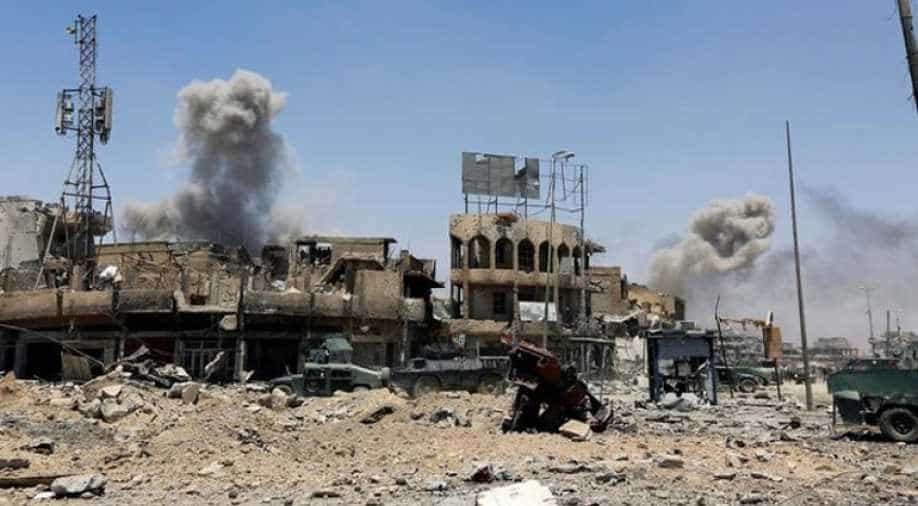 The strike was called in after the army detachment arrested the suspect and withdrew from the area.  (Image for representation) Photograph:( Zee News Network )

Fire from the US-led coalition fighting Islamic State killed 10 members of the Iraqi security forces and a local official in an air strike west of Baghdad on Saturday, Iraqi officials said.

Early investigations indicated that Iraqi forces had called in an air strike against a local police force in the town of al-Baghdadi, 170 km (106 miles) north-west of Baghdad, assuming that they were militants, military and security officials said.

The local police group hit by the strike had come to the area without coordinating with an Iraqi army detachment that had been sent there to arrest an Islamic State suspect, an Iraqi military spokesman said in a statement.

The strike was called in after the army detachment arrested the suspect and withdrew from the area, he added.

A spokesman of the US-led international coalition said all its air strikes are carried out at the request of the Iraqi security forces.

"Any and all support comes at request/approval of Iraq; NO unilateral coalition operations in Iraq," said the spokesman, US Army Colonel Ryan Dillon, in a tweet.

The Iraqi government last month declared victory over Islamic State which had declared a "caliphate" over parts of Iraq and Syria in 2014.

The group has morphed back into an underground insurgency and continues to carry out attacks.