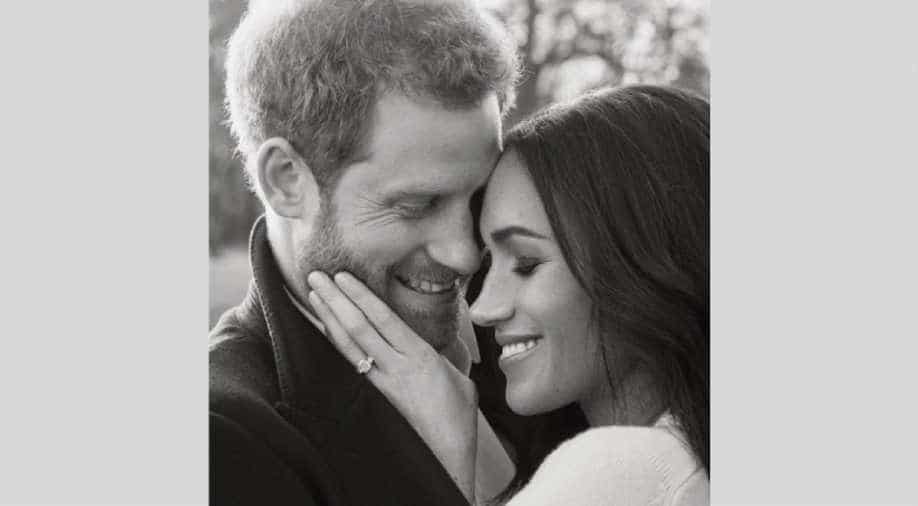 Prince Harry and Meghan Markle are all set to get married on May 19th, 2018. Photograph:( Twitter )

Prince Harry and actress-fiance Meghan Markle have been making headlines ever since the royal pair announced their engagement in November.

The royal couple has now released their official royal engagement photoshoot pictures and no you can't keep calm.

The photoshoot was done by Alexi Lubomirski, fashion and celebrity photographer based in New York City who shared the same photos on his Instagram profile.

He captioned the photos: "A huge thank you to His Royal Highness Prince Harry and Ms Markle, for allowing me to take their official engagement portraits. Not only was it an incredible honour, but also an immense privilege to be invited to share and be a witness to this young couple’s love for each other.  I cannot help but smile when I look at the photos that we took."

On December 15, officials of Kensington Palace on their Twitter page announced that Prince Harry and Meghan Markle are all set to get married on May 19th, 2018.

"His Royal Highness Prince Henry of Wales and Ms. Meghan Markle will marry on 19th May 2018. Today's announcement follows earlier confirmation of the month of the wedding and its location at St George's Chapel, Windsor Castle.(sic)" the tweet read.

In Pictures: Prince Harry, Meghan Markle to marry in Windsor in May