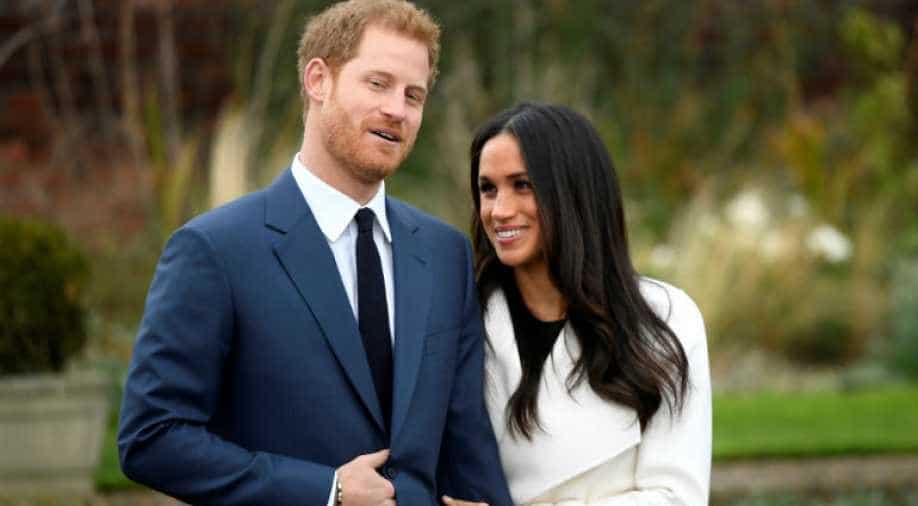 Prince Harry and Meghan Markle make their first appearance as a couple after the announcement of the engagement. Photograph:( Reuters )

For a lot of royal watchers, news of Prince Harry's engagement to actress Meghan Markle was an impending one. The two have been going steady for a while and many felt that marriage was always on the cards.

While any news around UK's royal family manages to create a stir, this particular news should be celebrated more as Meghan Markle entry into the royal family marks an end to the white-skin domination inside the Buckingham Palace.

The soon-to-be princess is a mix-race American citizen who- by her own admission- is an activist and believes in voicing her opinion.

Born in California to African-Amercian mother and a Caucasian father, Meghan states it that she had to fight her own battles while growing up as a mixed race individual. In an interview to Elle magazine last year, Markle spoke about how she fought her herself and created her own terms. "You push for color-blind casting, you draw your own box … You create the identity you want for yourself, just as my ancestors did when they were given their freedom,” said Markle.

Weekend shenanigans with @jessicamulroney (wearing my very favorite button down from @mishanonoo) ????

Markle's inclusion into Britain's royal family is a momentous one. For years, the family has married into royalty or within aristocratic families- Kate Middleton perhaps being an exception. But white skin has dominated the family for centuries and Markle would be the first mix-race woman to be married into the Windsor family.

On November 8, 2016, an official statement was released from the Royal Family's communications secretary addressing the "wave of abuse and harassment" directed toward Markle that followed the announcement of her relationship with Prince Harry. The statement condemned the sexist, racist and defamatory stories that were directed at Markle and urged the press to "pause and reflect" before driving these storylines. The royal family's statement defending a mix-race woman was welcomed by one and all.

A feminist, Markel has advocated for women's rights for a long time. Earlier in 2017, Markel visited India to highlight the stigma around menstruation for poverty-stricken women in Delhi and Mumbai and later wrote an article for TIME magazine about her experience.

Thank you TIME Mag for the opportunity to highlight such an important issue. #grateful #IWD RT @TIME: Meghan Markle: https://t.co/cgPUQQfj44

Markle made her acting debut in 2002 in an episode in General Hospital and has worked in shows like CSI: Miami, Knight Rider, and Castle among others. But she is best known for playing Rachel Zane in legal comic-drama series Suits.

The actress was married to actor and producer Trevor Engelson and got divorced in 2013. She met Prince Harry in 2016 and the two have been in a relationship since June 2016. A student of theater and international studies, she had once interned at the US embassy in Buenos Aires. She was also the editor-in-chief and owner of a lifestyle website called The Tig which closed in April 2017.

Thank you to all the supporters of The Tig! From followers to contributors, you have become friends ? It is YOU who have made this Tig community so special. And even though I haven't met most of you, for three years I've seen your faces and read your comments and hugged you from afar. (Domi, Em, Hannah, Sol, Iris, Doris, Jessy, Simone, Cassy....and so many more! I will always be grateful for your support). Go to @thetigofficial or thetig.com to see our official send-off. Sending all the love xx MM #TigFarewell

About last night. Thank you to my babe @priyankachopra for the best date night #Hamilton #NYC

The couple is set to marry in spring of 2018 and while everyone knows that Markle will have to follow certain protocols as part of the royal family- it would be interesting to see what new trends Markle creates on her own accord.