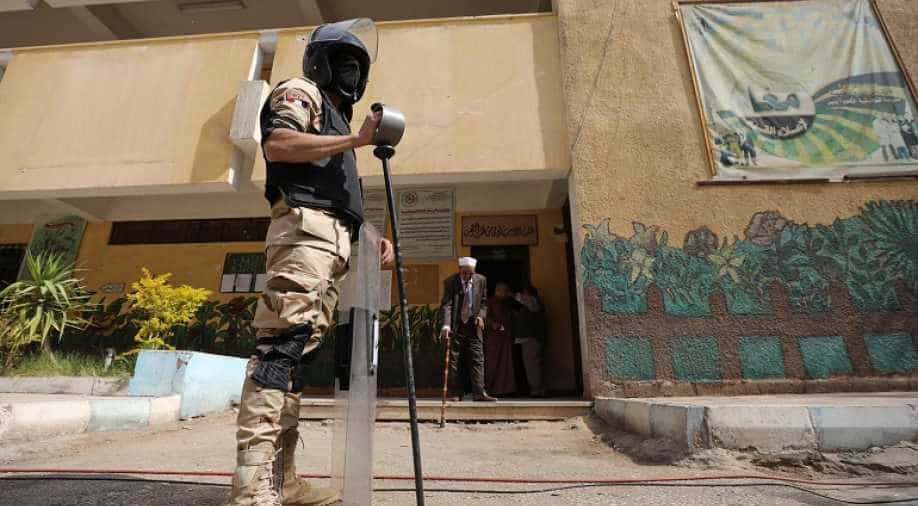 An army soldier stands guard at a polling station, during the referendum on draft constitutional amendments, in Cairo, Egypt April 20, 2019 Photograph:( Reuters )

Egypt's state of emergency is set to reach the three-year mark by April after the government announced it would extend it by another three months from Monday next week.

The North African country of Egypt has been under a state of emergency since April 2017 bombings of two Coptic churches by an Islamic State group affiliate that killed more than 40 people.

The extension comes nine years after the January 2011 uprising that toppled former president Hosni Mubarak, who had also ruled for decades under a state of emergency.

"The president of Egypt ordered the extension of the state of emergency nationwide for three months starting Monday, January 27," said the official gazette on Sunday.

Under a state of emergency, police powers such as arresting and holding citizens are extended and constitutional rights such as freedom of speech and assembly are curtailed.

Egypt has for years been battling an Islamist insurgency, which surged following the 2013 military ouster of former president Mohamed Morsi.

The attacks have been largely concentrated in the restive northern Sinai Peninsula but occasionally struck elsewhere in the country.

Rights groups say the state of emergency coupled with the government's effective protest ban since 2013 has helped it in crushing dissent.

In September, rare minor protests broke out in Egypt triggered by online calls for Sisi's removal.

Some 4,000 people were arrested in the following weeks, according to local rights groups.

Activists have called it one of the worst waves of a crackdown against any dissent that was launched when Sisi officially took power in 2014.