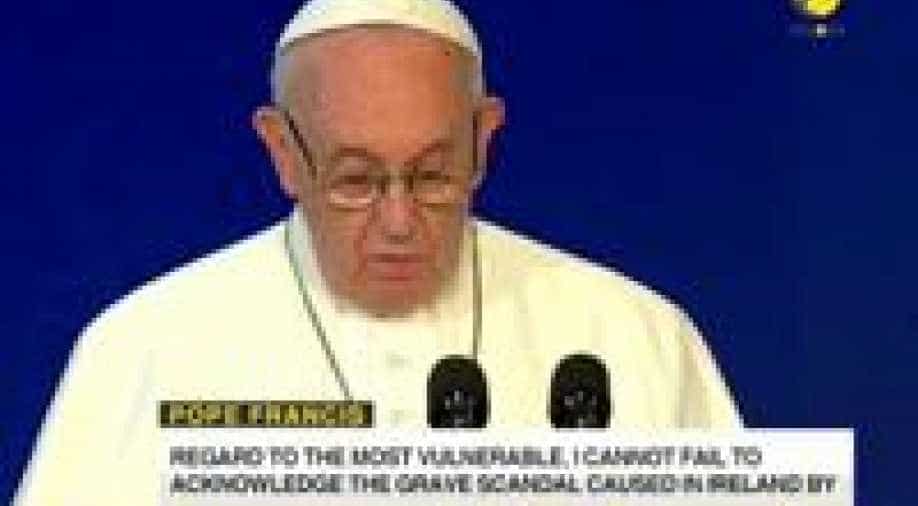 Pope Francis baptizes a man as he leads the Easter vigil mass in Saint Peter's Basilica at the Vatican, March 31, 2018. Photograph:( Reuters )

Christians marked Easter Sunday (April 1) with a mass led by the acting Latin Patriarch of Jerusalem Pierbattista Pizzaballa, at Jerusalem's Church of the Holy Sepulchre.

Hundreds of pilgrims came to the church in the Old City, for a mass to mark the resurrection of Jesus Christ. Many Christians believe Jesus's body was buried at what became the site of the Church of the Holy Sepulchre.

The congregation in the church sang hymns during the celebration. The Easter week culminates on Easter Sunday when Christians believe Jesus rose from the dead, three days after being crucified.

Shortly after the service ended hundreds of Orthodox Christians arrived at the church for a Palm Sunday service, to mark the beginning of their Easter week festivities. The worshippers entered the church waving palm fronds and branches. The service was led by the Greek Orthodox Patriarch of Jerusalem Theophilos III.

In Gaza City, the small community of Christians, most of them Greek Orthodox, held a Palm Sunday service at the Saint Porfirios church.

Gaza has only 1,000 Christians among a population of 2 million in the narrow coastal strip.

Orthodox Christians celebrate Easter a week later, when Palestinians and pilgrims from around the world attend the ceremony of the Holy Fire.