Duterte says presidency not for women, tells daughter not to run in next election 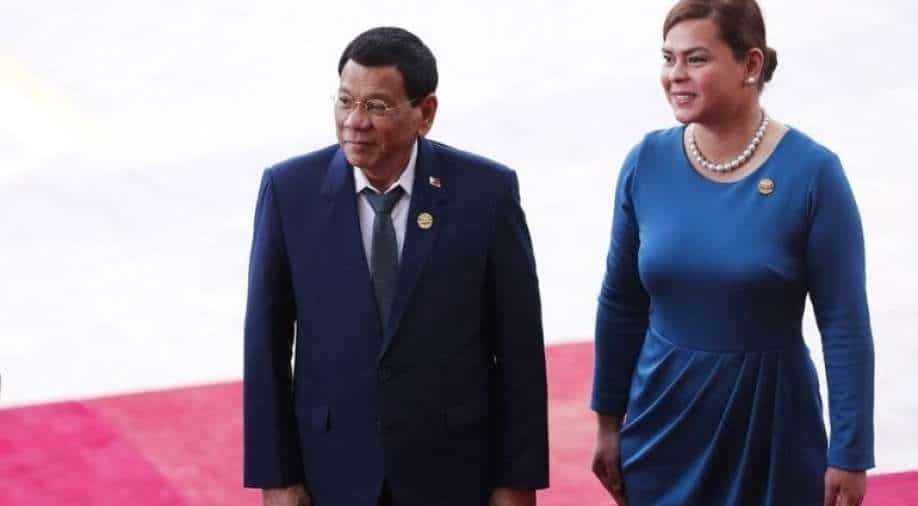 Duterte, 75, is notorious for comments often deemed offensive, sexist and misogynistic, but his office typically calls his remarks harmless jokes

Philippine leader Rodrigo Duterte on Thursday said that presidency is not a job for women because of their emotional differences to men, and dismissed speculation that his daughter would succeed him next year.

"My daughter is not running. I have told Inday not to run because I pity (her) knowing she will have to go through what I am going through," Duterte said at the launch of a highway project, referring to his daughter Sara by her nickname.

"This is not for women. You know, the emotional set-up of a woman and a man is totally different. You will become a fool here. So... that is the sad story."

Duterte, 75, is notorious for comments often deemed offensive, sexist and misogynistic, but his office typically calls his remarks harmless jokes. He remains hugely popular among female voters in the Philippines.

Daughter Sara Duterte-Carpio, 42, who succeeded him as mayor of Davao City, came top in a recent opinion poll that asked the public to choose a preferred candidate from a list of possible contenders for the 2022 elections.

Presidents in the Philippines are allowed only one, six-year term in office. Arroyo's was longer as she took over from an impeached former president.

Responding to Duterte's remarks, Cristina Palabay of human rights group Karapatan said women are as capable as men in any job. "What matters most especially when we talk of the presidency and public office is if the interests of the poor majority are upheld," she said.

Duterte-Carpio has cultivated an image as a reluctant successor as mayor of Davao, where she is hugely popular for showing the same tough, no-nonsense character as her father, who ran the city for two decades.

She is no stranger to presidential duties, serving as first lady because of her father's annulled marriage.

Duterte-Carpio on Thursday told Reuters said had informed her father she did not intend to run and would not be a late entry as he was six years ago.

"I am not being coy nor am I doing a 'last-minute'," Duterte-Carpio said in a text message. "If the whole country does not want to believe (this) then I can't do anything about it. Not everyone wants to be president. I am one of them."

She added: "I thank all of them for their trust and confidence in what I can do but my refusal to run for president is not the end of the world."