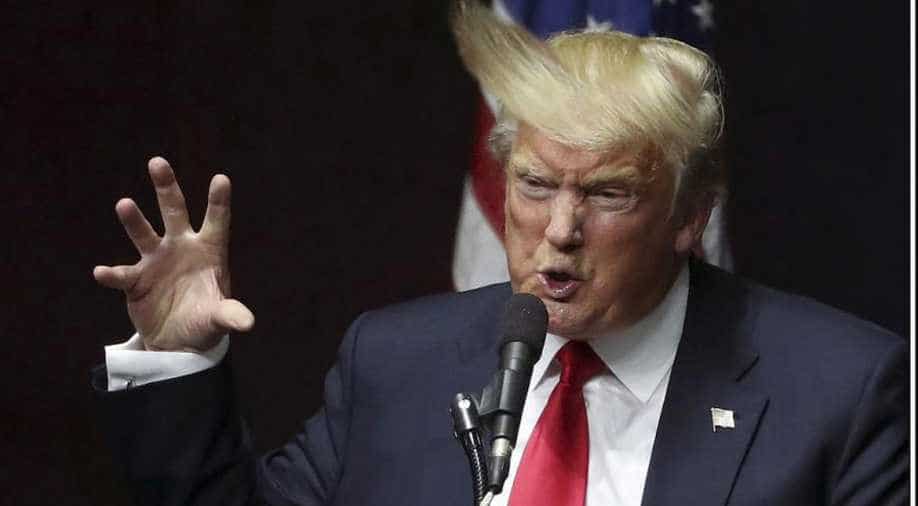 American voters created history by choosing a casino owner and alleged tax evader as their country?s commander-in-chief Photograph:( Others )

American voters have overwhelmingly chosen Donald Trump as the country’s 45th president. It is an unexpected victory. Many political analysts and opinion polls suggested that, despite ups and downs, Hillary Clinton of the Democratic Party was on the lead and was thus expected to finally win in the close contest for the presidency.

Republican Party has been in disarray, symptomatic since the rise and spread of the Tea Party Movement. For last years the Democrats have been in the ruling the country from the White House. Secondly, the Republican Party’s big wigs walked away from Donald Trump and sent repeated signals that he should expect no help from them in the election. Thirdly, Trump was not able to generate comparable amount of fund to run the election, unlike his main rival. Fourthly, Trump made numerous politically incorrect and socially unacceptable statements against women, physically challenged, undocumented workers from Latin America, African Americans, media houses and, above all, the Muslims.

It was clear that a person with little backing of his main political party, and without any credible administrative and political experience would not be able to garner enough votes to win the presidency. The party machine in the United States and the Washington establishment, controlled by the influential families in that country, would not allow an outsider like Trump to enter the ring.

And yet, the American voters sprang a surprise—second time since 2008—and created history by choosing a casino owner and alleged tax evader as their country’s commander-in-chief. The post facto analysis and deconstruction of Trump’s statements apparently hurtful to many sections of the society can, however, make one understand why the citizens of the United States chose Trump over Hillary Clinton.

First of all, Trump made it clear multiple times that he cannot resort to political correctness in his campaign and he can relate to the common people in the country. He wanted to seek the support of those who have felt marginalised over the decades and have been left high and dry by the forces of globalisation championed by the successive administrations. He spoke a language that struck a cord the hearts of millions in the country. He spoke against free trade agreements, supported protectionist policies to generate jobs, promised job creation, and expressed his intense desire to fix a “rigged system” in the country.

Secondly, Trump’s idea of constructing a wall along the US-Mexican border quickly found support among those who had lost their jobs to Mexican low paid workers. Many criticised him for making racial statements against Mexicans, but he soon met with the Mexican President that cleared misunderstanding.

While a large number of cabinet-ranking officials who served earlier Republican presidents expressed their doubt over trusting Trump with the country’s nuclear buttons, Trump fought back by asking for explanations as to why the United States would keep subsidising the security of Japan, South Korea and many other countries without adequate financial contributions by them.

He vehemently challenged the Obama administration’s soft nuclear deal with Iran, which, according to him, made Tehran richer and enabled Iran to keep the option of building the nuclear bomb after fifteen years. He lamented its adverse effect on America’s trusted ally in the Middle East, Israel.

Thirdly, the war weary American masses, fed up with the so-called war against Islamic extremists in Afghanistan, Middle East and Africa, took no objection to Trump’s hardline position against prospective Muslim refugees or immigrants. Trump was aware that millions of Muslims are American citizens and some of them serve in government and military as well. He was not targeting them, but those who would try to emigrate from troubled spots in the Islamic World and some of whom could be sleeper cells.

The war weary American masses, fed up with the so-called war against Islamic extremists in Afghanistan, Middle East and Africa, took no objection to Trump’s hardline position against prospective Muslim refugees or immigrants

However, Trump’s victory can also be explained by Hillary’s weaknesses. When Federal Bureau of Investigation (FBI) investigated her private emails and then gave her clean chit, the Democratic Party felt assuaged. But the American public thought that she was under a criminal investigation any way. She was leading by more than 10 percentage votes when the FBI revealed investigation of several more lakhs of Clinton’s email and her lead drastically reduced to a point of no return even after she got another clearance at the last moment. Allegation of corruption in Clinton Foundation was another blow to Hillary.

Hillary has one of the best of bio-data in the country, yet suspected compromise on national security, alleged corruption, her silence over sex scandals involving her husband all perhaps weighed heavily against her and to the advantage to Trump.

Now the Americans and the world have no options but to work with the Trump administration for coming four years. A different personality of Trump was on display when he gave his victory speech. He repented the hurtful campaign period, gave call for national unity, promised prosperity and jobs through construction activities and, of course, showed his readiness to work with other nations in a spirit of cooperation.

A different personality of Trump was on display when he gave his victory speech.

India need not worry at all about the Trump administration. While Hillary knew India too well, Trump has said in so many words his desire to work with India. He would inherit a foreign policy marked by serious cold confrontation between the United States and China, difficult US-Russian differences over events in Eurasia and the Middle East, slow recovery of the economies of Washington’s Trans-Atlantic partners, the continuing US boots on Afghan soil and the ravaging war against ISIS.

India is actually a positive story for the United States. Its economy growing fast, its market is expanding, Indo-US strategic partnership is robust and the two countries would have to do a lot together to shape the order in the Indo-Pacific region. The point where Prime Minister Narendra Modi and US President Donald Trump need to converge is the ways and means of handling terrorism. India continues to be a victim of cross-border terrorism and the US has continued to wage war against terrorism. What is required is more coordination, better cooperation and strong determination. 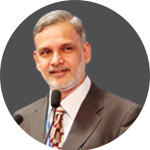