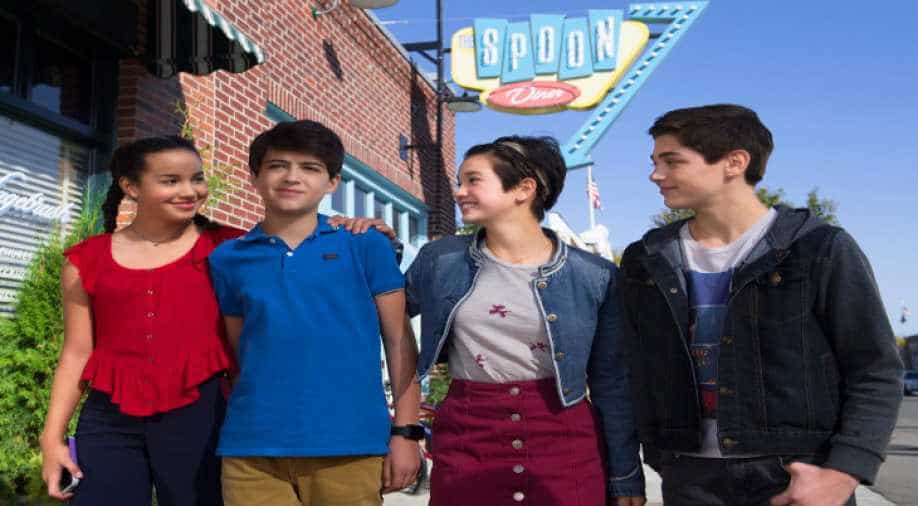 'Andi Mack', a coming-of-age drama, will feature one of the show's main characters grappling with feelings for a male classmate. Photograph:( Twitter )

Disney is introducing a gay storyline into one of its shows for the first time.

"Andi Mack", a coming-of-age drama, will feature one of the show's main characters grappling with feelings for a male classmate. The show is currently in its second season.

The drama by Terri Minsky, revolves around a 13-year-old girl Andi, her family and her two best friends -- Cyrus and Buffy, according to The Hollywood Reporter.

"Andi Mack is a story about tweens figuring out who they are; Terri Minsky, the cast and everyone involved in the show takes great care in ensuring that it's appropriate for all audiences and sends a powerful message about inclusion and respect for humanity," a Disney Channel spokesperson said in a statement.

Disney Channel has featured gay characters before, appearing in single episodes of shows like "Good Luck Charlie" and the animated "Doc McStuffins".

However, this story arc is a first for the network, as it is for the first time that they are telling the story of a character who is on a journey of realising his or her sexual orientation.