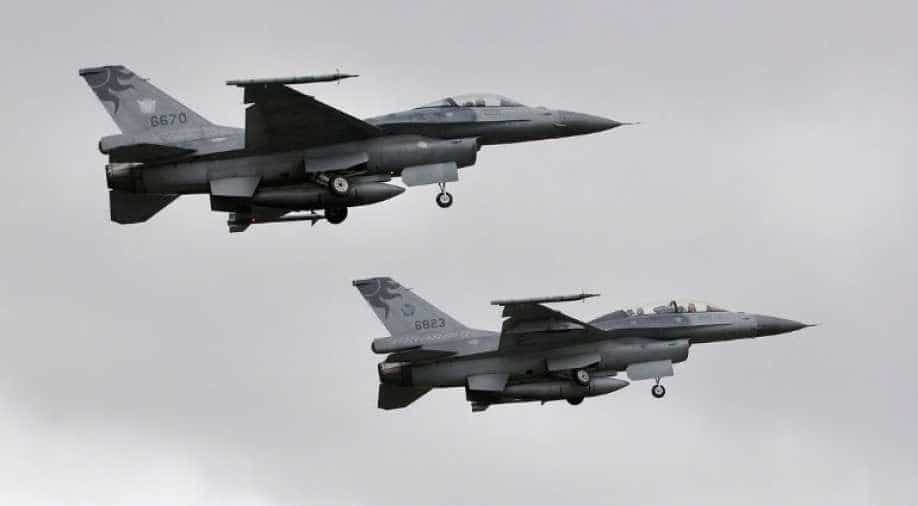 Congress should move quickly with an $8 billion sale of F-16 fighter jets to Taiwan as the self-ruled island faces pressure from China's increased military presence in the region, leading US Democratic and Republican lawmakers said on Friday.

China denounced the planned sale, one of the biggest yet by the United States to Taiwan, which Beijing considers a renegade province. It warned of unspecified "countermeasures."

"These fighters are critical to improving Taiwan's ability to defend its sovereign airspace, which is under increasing pressure from the People’s Republic of China," he said in a statement.

The chairman of the Senate Armed Services Committee, Jim Inhofe, and fellow Republican Senator John Cornyn said Taiwan "remains an important pillar of security and stability" in the region.

The sale of the jets would "deter aggression given Beijing's increasing assertiveness and military buildup," they said in a joint statement.

Similarly, the Democratic chairman of the House of Representatives Foreign Affairs Committee, Eliot Engel, and the panel's ranking Republican, Michael McCaul, said in a joint statement that the deal "sends a strong message" about US commitment to security and democracy in the region.

Washington has no formal ties with self-ruled and democratic Taiwan but is bound by law to help provide it with the means to defend itself.

It is the main arms supplier to Taiwan and there is broad support for this in Congress.

China has never renounced the use of force to bring Taiwan under its control and has repeatedly denounced US arms sales to the island.

Friday's New York Times quoted unnamed US officials as saying that the Trump administration, which is engaged in a major trade war with China, was moving forward with the sale and said the State Department gave informal notification of the plan to the House and Senate foreign affairs committees on Thursday.

The paper said once those committees gave the go-ahead, which would probably come within days or weeks, there would follow a formal notification to Congress, which would trigger 30 days for objections.

The State Department and the White House declined to comment. China's Foreign Ministry spokeswoman Hua Chunying said Beijing had made solemn representations to the United States over the planned sale.

China's state-run Xinhua news agency quoted Hua as saying that it was a serious violation of the "one-China principle," under which Washington recognise Beijing and not Taipei, and undermined China's sovereignty and security interests.

Hua urged the US to stop arms sales to and military contact with Taiwan, otherwise, the Chinese side would "certainly take countermeasures," Xinhua said.

After the United States approved sales of tanks and Raytheon Co's  anti-aircraft Stinger missiles to Taiwan in July, China said it was "ready to go to war" if people "try to split Taiwan from the country."

Beijing said it would impose sanctions on US companies involved in any deals.

On Thursday, Taiwan unveiled its largest defence spending increase in more than a decade, to T$411.3 billion ($13.11 billion.)