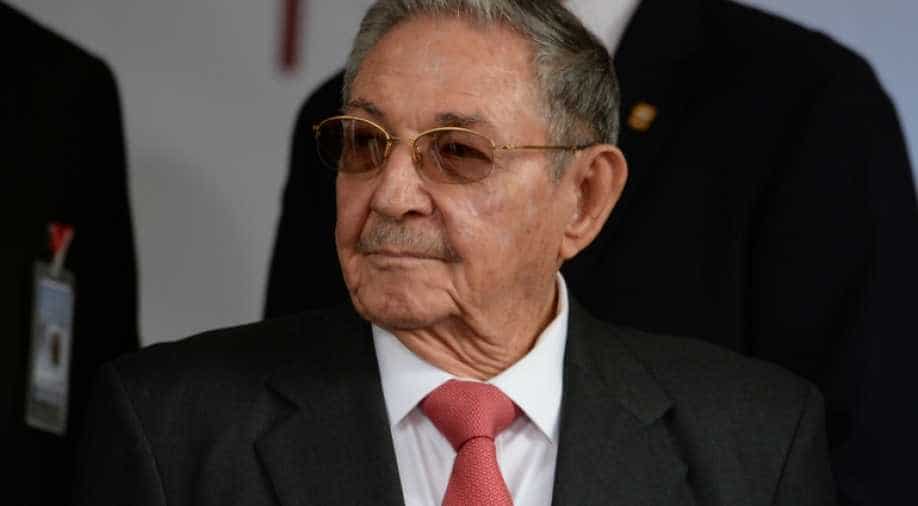 The three leaders presided over the closing session of a solidarity conference in Havana on Sunday, a meeting that drew more than 1,300 social activists, mainly from Latin America.

Cuban Communist Party leader Raul Castro, President Miguel Diaz-Canel and Venezuelan President Nicholas Maduro signalled on Sunday punishing US sanctions would only stiffen their resolve to stick together and support social change in the region.

The three leaders presided over the closing session of a solidarity conference in Havana on Sunday, a meeting that drew more than 1,300 social activists, mainly from Latin America.

The three-day meeting was called to discuss ways to defeat what organisers framed as a US imperialist-led offensive against progressive and socialist governments and movements.

Under the banner of defeating neo-liberalism and backing democracy, it took place as social unrest rocked conservative-led Chile and as conflict raged in Bolivia over a recent election that gave socialist leader Evo Morales a fourth term.

Protests also continued in Brazil over the imprisonment of popular former leftist president Luiz Inacio Lula Da Silva, the centre-left retook power from the right in Argentina and the United States hit Venezuela and Cuba with sanctions.

Maduro and Diaz-Canel closed the meeting with addresses broadcast live by state-run television in which they ridiculed the US charges that they were behind the unrest in other countries or responsible for leftist governments.

Maduro's presence appeared designed to signal Cuba would not abandon its strategic ally despite efforts by the United States and other Western and Latin American countries to convince Havana to do so.

Maduro termed charges by the Organisation of American States that Cuba was behind the unrest in Chile “stupid”.

"It is the old Pinochet dictatorship and International Monetary Fund. The people have the right to seek an alternative," he said in a long and fiery speech.

Diaz-Canel said in an apparent reference to unrest in Chile and the Argentinian election: “They accuse us of propping up the Bolivarian (Venezuelan ) Revolution ... while they cover their eyes, ears and mouth, so as not to see, not hear, nor recognise what people are shouting in the streets: neo-liberalism is an economic failure and a social disaster.”

"Trump and his court of old hawks attack the Cuban Revolution; the Bolivarian Revolution; the Sandinistas; the Brazilian, Bolivian, Argentine leftist political leaderships and social, popular, progressive movements throughout the region," he said.

The Cuban president accused the United states of laying siege to his country by sanctioning third parties who do business with it, urging those present to double their efforts in its defence.