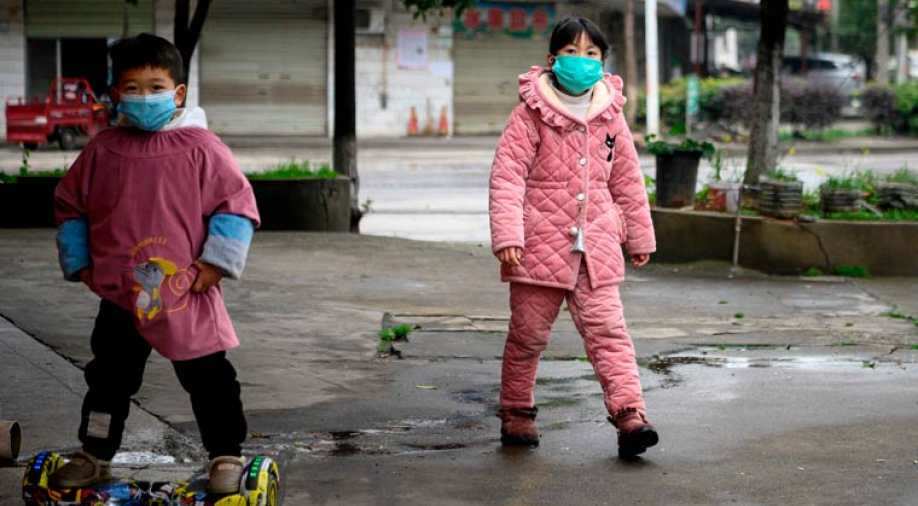 Fifteen-year-old Braden Wilson was frightened of COVID-19. He was careful to wear masks and only left his house, in Simi Valley, California, for things like orthodontist checkups and visits with his grandparents nearby.

But somehow, the virus found Braden. It wreaked ruthless damage in the form of an inflammatory syndrome that, for unknown reasons, strikes some young people, usually several weeks after infection by the coronavirus.

Doctors at Children’s Hospital Los Angeles put the teenager on a ventilator and a heart-lung bypass machine. But they could not stop his major organs from failing. On Jan. 5, “they officially said he was brain-dead,” his mother, Amanda Wilson, recounted, sobbing. “My boy was gone.”

Doctors across the country have been seeing a striking increase in the number of young people with the condition Braden had, which is called Multisystem Inflammatory Syndrome in Children or MIS-C. Even more worrisome, they say, is that more patients are now very sick than during the first wave of cases, which alarmed doctors and parents around the world last spring.

“We’re now getting more of these MIS-C kids, but this time, it just seems that a higher percentage of them are really critically ill,” said Dr. Roberta DeBiasi, chief of infectious diseases at Children’s National Hospital in Washington, D.C. During the hospital’s first wave, about half the patients needed treatment in the intensive care unit, she said, but now 80-90% do.

The reasons are unclear. The surge follows the overall spike of COVID cases in the United States after the winter holiday season, and more cases may simply increase chances for severe disease to emerge. So far, there’s no evidence that recent coronavirus variants are responsible, and experts say it is too early to speculate about any effect of variants on the syndrome.

The condition remains rare. The latest numbers from the Centers for Disease Control and Prevention show 2,060 cases in 48 states, Puerto Rico and the District of Columbia, including 30 deaths. The median age was 9, but infants to 20-year-olds have been afflicted. The data, which is complete only through mid-December, shows the rate of cases has been increasing since mid-October.

While most young people, even those who became seriously ill, have survived and gone home in relatively healthy condition, doctors are uncertain whether any will experience lingering heart issues or other problems.

“We really don’t know what will happen in the long term,” said Dr. Jean Ballweg, medical director of pediatric heart transplant and advanced heart failure at Children’s Hospital & Medical Center in Omaha, Nebraska, where from April through October, the hospital treated about two cases a month, about 30% of them in the ICU. That rose to 10 cases in December and 12 in January, with 60% needing ICU care — most requiring ventilators. “Clearly, they seem to be more sick,” she said.

Symptoms of the syndrome can include fever, rash, red eyes or gastrointestinal problems. Those can progress to heart dysfunction, including cardiogenic shock, in which the heart cannot squeeze enough to pump blood sufficiently. Some patients develop cardiomyopathy, which stiffens the heart muscle, or abnormal rhythm. Ballweg said one 15-year-old at her hospital needed a procedure that functioned as a temporary pacemaker.

Doctors are uncertain which factors predispose children to the syndrome. Dr. Jane Newburger, associate chief for academic affairs in Boston Children’s Hospital’s cardiology department, who is a leader of a nationwide study, said patients with obesity and some older children seem to fare worse.

Sixty-nine percent of reported cases have affected Latino or Black young people, which experts believe stems from socioeconomic and other factors that have disproportionately exposed those communities to the virus. But Omaha’s hospital, where early cases were largely among children of Latino parents working in the meatpacking industry, is now “seeing a much more broad spectrum and every ethnicity,” Ballweg said.

Jude Knott, 4, was hospitalized in Omaha for 10 days after developing a headache, fever, vomiting, red eyes and a rapid heart rate.

“It was just a roller coaster,” said his mother, Ashley Knott, a career coach at an Omaha nonprofit helping low-income teenagers.

To explain to Jude the infusions of intravenous immunoglobulin doctors were giving him, she said they were “‘putting Ninjas in your blood so they can fight.’” For blood thinner injections, which he hated, she said, “‘Buddy, they’re making your blood go from a milkshake to water because we need it to be water.’ Anything to help him make sense of it.”

Jude recently returned to preschool full time. He has some dilation of a coronary artery, but is improving, his mother said.

“He’s definitely experiencing some anxiety,” Knott said. “I just worry that he’s kind of been saddled with some adult worries at 4.”

Doctors said they’ve learned effective treatments, which, besides steroids, immunoglobulin and blood thinners, can include blood pressure medications, an immunomodulator called anakinra and supplemental oxygen. Some hospitals use ventilators more than others, experts said.

But though doctors are learning more, pediatricians can miss the syndrome initially because early symptoms can mimic some common ailments.

On New Year’s Day, Mayson Barillas, 11, of Damascus, Maryland, started feeling sick. “My stomach started hurting, and then I went to my soccer game and then I got a fever,” he said.

His mother, Sandy Barillas, a medical assistant at a women’s health practice, gave him Alka Seltzer, Pepto Bismol and Tylenol. Several days later, he developed shortness of breath and they went to an urgent care clinic.

There, a rapid COVID-19 test was negative, as were evaluations for strep, influenza and appendicitis. Sandy Barillas said she was told, “It was just like a stomach flu.”

But the next day, Mayson had swollen eyes and lips with red blisters. “He started developing really bad body aches and he couldn’t walk anymore,” his mother said. She took him to an emergency room, which transferred him to Children’s National Hospital, where doctors said he exhibited cardiogenic shock.

“It was very scary,” Barillas said. “I’d never heard of this syndrome before.”

Mayson spent eight days in the hospital, four in the ICU. Since leaving, he has seen a hematologist, a rheumatologist and a cardiologist and is on blood thinners for now. The hardest part, said Mayson, a star local soccer player, is being temporarily sidelined from sports, as doctors advise for most patients for several months.

“It was very shocking for everybody in the community: ‘Wow, how did this happen to someone very healthy?’” Sandy Barillas said.

At a memorial service on Feb. 5, Braden Wilson was remembered as a kindhearted, creative teenager who loved filmmaking and fashion. His color-splashed oil paintings were displayed.

His mother read a poem he wrote that hangs on the refrigerator of his grandparents, Fabian and Joe Wilson, with whom he was close: “Hold fast to dreams / for if dreams create / life is a beautiful canvas / a masterpiece painted great.”

It’s unclear why the syndrome hit Braden so hard. Amanda Wilson said he did not have serious health issues. She said he was overweight but active, swimming three times a week and taking dance and yoga at his arts-and-science high school.

Symptoms started New Year’s Eve, when he began vomiting and spiking a fever. Wilson took him to an emergency room, where he tested positive for the coronavirus, received treatment that included a new monoclonal antibody drug and was sent home.

But his fever persisted and two days later, he developed diarrhea and his lips and fingers turned blue. Wilson called 911. When paramedics arrived, she said, he was “lying in his bed, like almost lifeless.”

At the hospital, he was hooked to a ventilator and transferred to Children’s Hospital Los Angeles, which like several hospitals has established a MIS-C clinic with various specialists.

“Braden was one of our most ill patients,” said Dr. Jacqueline Szmuszkovicz, a pediatric cardiologist there.

Doctors placed him on the heart-lung bypass machine, put him on dialysis and performed a heart procedure to relieve pressure. “He had what we would term severe multisystem organ failure: his lungs, his heart, his kidneys,” Szmuszkovicz said.

Through tears, Wilson said that after a few days, Braden began bleeding from his mouth, eyes and nose, and doctors ultimately could not detect brain activity. “I asked them specifically: ‘Is there any chance for him to recover from this?’” she recounted. “And they said no.”

Family members FaceTimed to say goodbye before life support was withdrawn. Wilson gave consent for doctors to take blood samples from his body for research studies.

Wilson had never written poetry before, but since Braden’s death, it has spilled out of her.

“Now your heart no longer beats / and I can’t hold you in my arms,” reads one. “But I remember back to those days / When my womb protected you from harm / You lived a life of beauty / of laughter, and of grace / I hold you now inside my heart / We’ll always share that space.”